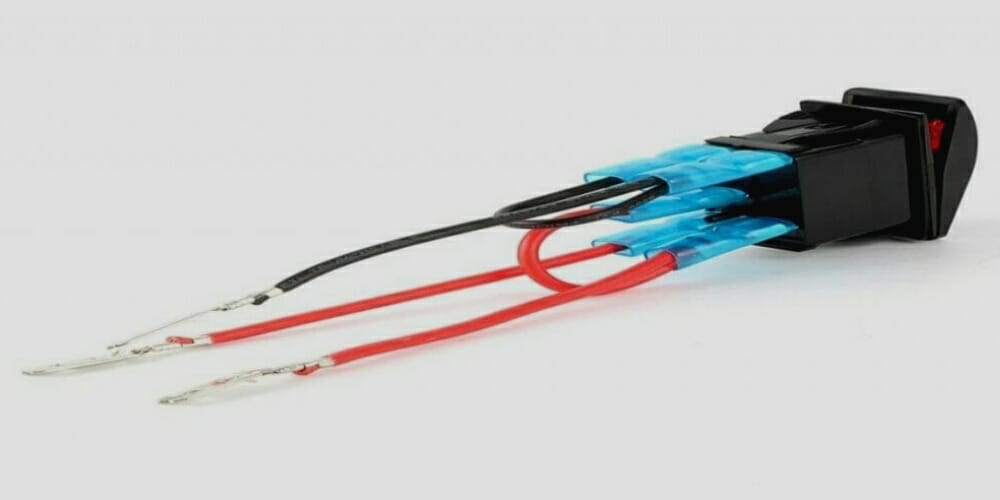 Do you want to install an easy-to-operate toggle or momentary switch for your vehicle’s power windows?

You can wire a toggle switch to your power window’s motor. They are easy to install and operate. And you can accomplish the task in less than 15 minutes without paying for a mechanic.

In general, to wire power windows to a toggle switch follow these steps.

The window motor has two cables going into its positive and negative terminals to form a power source, usually a batter, via a switch.

When the switch is flipped, the polarity on the window motor is reversed. It causes the window to descend or ascend depending on the wiring of the power window.

A toggle switch is a type of momentary switch that is operated via a projecting lever or a push button that moves up and down or sideways. Opposite to an on/off switch, the toggle switch does not latch in a set position.

How to Wire Power Windows to a Toggle Switch – Getting Started

Follow the outlined steps below to wire your power widow to a toggle switch.

Step 1: Testing the Power Window Motor With a Jump Starter

The first thing you should do is verify if your window motor is working or not. You can do that without even removing the motor itself.

First, disconnect the window motor cables. Use alligator clips to connect two wires to the two terminals on the window motor. Make sure they don’t come into contact to avoid potential damages or shock.

Then, use a jump starter to activate the window motor and bypass the protection circuit. Alternatively, you may use a 12-volt battery.

If the window ascends, swap the negative and positive wire connections and observe the window movement. If the window descends, the power window motor is fully operational.

In this guide, we will use yellow wire for ground connections and red wire for the hot connection.

Get your yellow and red wire. Strip off about one inch of the insulation layer with a wire stripper. Attach the wire to their respective terminals (i.e. positive and negative terminals) on the window motor.

However, if the window motor is already wired, add pigtails to the two wires (hot and ground wires) by twisting them together. You can nest the twisted ends in wire caps.

I Recommend Using Colored Wire Caps to Help You Tell the Polarity of The Wires at A Glance.

Step 3: Wiring the Window Motor to a Toggle Switch

On your double-pole throng switch toggle switch), connect the hot (red) and ground (yellow) wires from the window motor to the power and ground wires on the toggles switch.

Step 4: How to Lower and Raise the Window

You need to make various wire connections on the toggle switch that will enable you to lower or raise the window.

To do that, connect one of the power wires to the opposite end of the toggle switch. Do the same to the ground wire as shown below.

A fuse will prevent the switch from breaking in the event of a power surge. (1)

So, ensure you attach a fuse between the positive wire (white) from the toggle switch and the red wire from the battery’s positive terminal.

Note that A Fuse Is Just a Piece of Wire without Polarity.

To link the fuse, wrap one end of the fuse to one terminal of the positive wire and then the other end to another wire to form one continuous electrical line – hence the name inline fuse. (2)

You May Insulate the Connection Points with Duct Tape for Safety.

Step 6: Connect the Switch to a 12-Volt Battery

The window motor requires a power source to function. So, strip about an inch of the insulation coating on the white and black wires from the toggle switch.

Finally, test the toggle switch which is a type of momentary switch. Press the toggle to one side and observe the window movement.

Now flip the toggle to the other position and observe the window. The toggle lever inclination that ascends the window is the ON position, and the other direction represents the OFF position. A momentary switch does not get stuck, and it can move in either position.

According to your specifications, you may choose to maintain wire nuts in the connection points of the wires, or you can solder things up. Additionally, you may use the standard AWG color codes to avoid any confusion that may lead to short-circuiting.