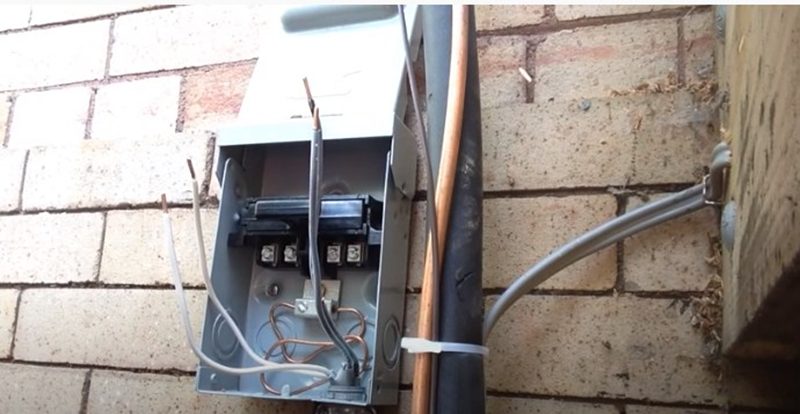 By the end of this article, you should know if the line or load wire is the hot wire and have a general knowledge of what these wires are and how they work.

The terms “Line” and “Load” are used to refer to electrical wires that deliver power to a device (line) from the source and those that transmit power to other devices across the circuit (load). There are other phrases used in referring to the same terms, including upstream and downstream and incoming and outgoing wires.

In general, the line and load both wires work interchangeably, which means both can function as the hot wire or neutral wire, depending on how it is used. The wire that delivers power from the source to an appliance is the load wire while the appliance is the line. The line also carries power further to other devices across the circuit and at that point, it becomes the load.

Both words, “Line” and “Load” are often used in the premise of one device and an electrical box.

In other words, the wire that transmits power to the box is the line wire, incoming wire, or upstream wire. On the other hand, the wires that pass the power to other devices are referred to as a load, outgoing, or downstream wires.

It is worth mentioning that each of these terms is relative to the specific position of the device on the circuit.

That is because the line wire for an outlet will become the load wire for the next outlet along the circuit. You should also note that the terms line wire and load wire have different applications at various positions within an electrical system.

Service Entry and Main Panel: What are They?

In an electrical system, the incoming feed from a utility company transmits directly into the line location of the electric meter.

In the same vein, each branch circuit break is considered the load wire in relation to the main breaker.

When we talk about circuits, electrical devices, such as outlets, light fixtures, and switches, are wired in manifolds on a circuit.

That means it becomes the load wire that goes to the third device and then the chain continues.

What are the GFCI Outlets?

When it comes to wiring GFCI outlets, also known as ground fault circuit interrupters, the line and load wires have important meanings.

Basically, the GFCIs possess two different pairs of screw terminals that connect wires. One of the pairs is marked “Line” while the other is marked “Load”.

When you connect to the line terminals, the outlet will only protect the same outlet with a GFCI.

However, when you connect for both the line and load terminals, using two sets of pigtail wires or two electrical cables, the connection offers GFCI protection for both the outlet and other standard receptacles downstream on the circuit. (1)

How Does a Line Connection Work?

When you want to wire a low-voltage circuit, like the one that supplies landscape or doorbell lights, the line connection is the part of the circuit where you have the standard full voltage as the one in the house. (2)

It is usually around 120 voltages. A line connection is made at the bottom half of the switch box.

Sometimes, the line wires are marked “pwr” or “line” or other lightning bolt symbols.

On some conventional switches, you will find the wire connected with a silver or black screw. This is always different from the colors of other screws used on the switch. So, watch out for this when looking for the line wire.

How Does Load Connection Work?

A load connection draws power from a circuit to an appliance or device.

For instance, if you want to make a load connection for a lighting circuit, you can add the total wattage of the light fixtures on that particular circuit to know the maximum potential power or total load that the load connection draws for all the lights connected to the circuit.

When it comes to the connection, a line connection is often connected to the top half of the switch.

So, if you see a wire coming from the top of your switch box, you can be almost certain that it is the load wire.

How Does Ground Connection Work?

Apart from the line and load connection, the ground fault connection is also an integral part of the electrical system.

While the line and load wires function as the power and neutral components of the wiring process interchangeably, the ground wire provides an extra path for the electrical current to safely return to the ground.

With a ground connection, you don’t have to worry about any hazards that may occur when a short circuit occurs.

When it comes to the colors of the load and line wires, you should know that they vary.

They range from black wire, red, grey, yellow, brown, white, blue, and green with yellow stripes to bare copper. There is no standard color for either of them. However, you can identify which is which by checking the colors of the insulation.

So, is a line or load the hot wire? In this article, I explained how the line electrical wire and the load wire work.

As mentioned, both work interchangeably, which means both can function as hot wire or neutral wire, depending on how it is used.