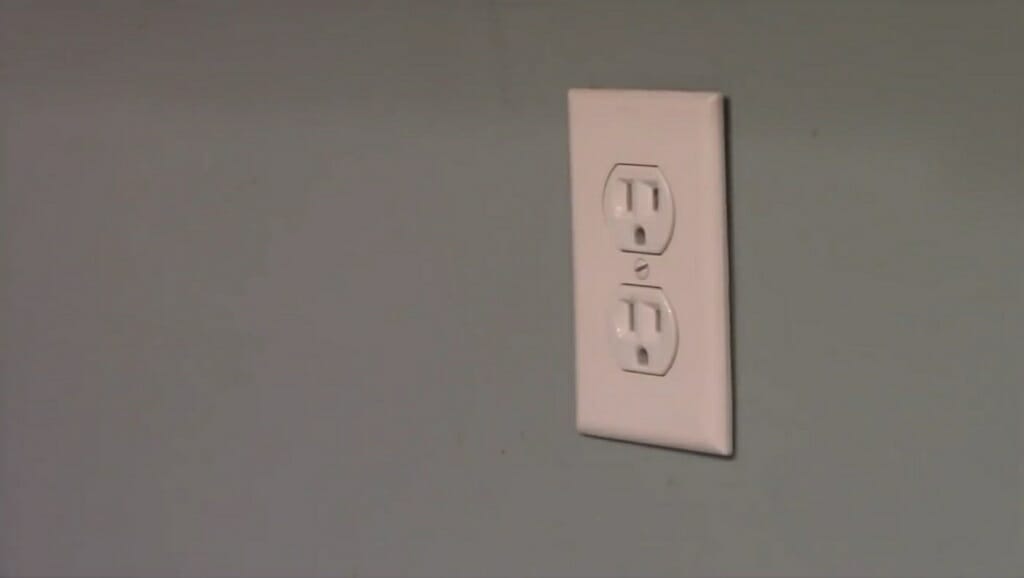 In this article, I will teach you to remove the wire from push-in connectors.

I have been on a few contract jobs where someone had bungled removing wires from push-in connector; it’s not pretty. A loose connection can lead to a fire hazard, and a circuit breaker can’t detect it.

In general, to remove a wire from a push-in connector:

5 Step Guide to Remove Wire from Push in Connector

First, figure out the breaker that provides the power to the push-in receptacle. Then, turn off the breaker. Or turn off the main power. Either way, never start the process without cutting off the power.

So, remove any screws holding the electrical outlet and pull out the outlet from the wall.

Tip: If needed, check the power of the outlet one more time using the tester. (1)

Step 5 – Release the Slot and Separate the Wires

Then, take the flat screwdriver and insert it into releasing slot.

While doing this, hold the outlet on your palm and use the same hand to press the flat screwdriver inside the releasing slot. You’ll get a better idea about that from the above image.

Next, pull out the wire using your other hand.

Repeat the same steps for other wires.

If the Wires Will Not Come Out

Unless your push-in receptacle is too old, you won’t have much trouble removing wires from it. However, it could happen. Sometimes, the wire won’t come out easily. If that is the case, cut off the wires from the receptacle and leave the stuck wire pieces in the receptacle. Then, strip wires and connect wires to the new receptacle.

As I mentioned above, there are limitations to these push-in-style receptacles. Most push-in receptacles are capable of handling 15 amp. For 15 amp, the minimum wire gauge is 14. That means the receptacles won’t be a good fit for 12 gauge wires, given that you use 20 amp. So, depending on the situation, you might have to remove the old wires or replace the receptacle.