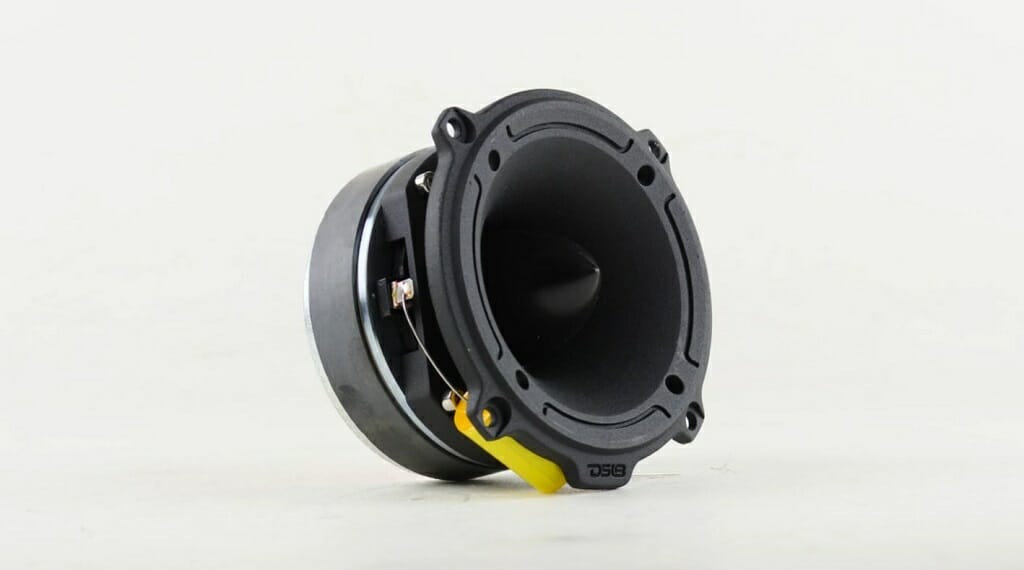 Since my first tweeter installs 15 years ago the tech has come a long way, now most modern tech tweeters come with a built-in crossover. But you might find some without a crossover. In these cases, if you know the importance of a crossover, you know not to ever install tweeter speakers without them. Today, I’m going to be focusing on how to wire tweeters with a crossover to an amp.

In general, to wire a tweeter with a built-in crossover to the amp, follow these steps.

That’s it. Now your car audio system will work perfectly.

Must-Have Knowledge about Tweeters and Crossovers

Before we start the wiring process, having some knowledge of tweeters and crossovers is a must.

What is a Tweeter?

To play 2000Hz – 20000Hz high frequencies, you’ll need a tweeter. These tweeters can convert electrical energy to sound waves. For this, they use electromagnetism. Usually, tweeters are smaller than woofers, sub-woofers, and mid-range drivers.

Woofers: Woofers are capable of playing frequencies from 40Hz to 3000 Hz.

Sub Woofers: Capable of playing frequencies from 20Hz to 120Hz.

Mid-Range Drivers: Capable of playing frequencies from 250Hz to 3000Hz.

As can imagine, your car audio system needs at least two or more above drivers. Otherwise, it won’t be able to catch specific frequencies.

What is a Crossover?

Even though component speaker drivers are designed to play a particular frequency, these drivers cannot filter out the frequencies. For that, you’ll need a crossover.

In other words, the crossover helps the tweeter grab 2000Hz – 20000Hz frequencies.

How to Wire Tweeters with Built-in Crossovers to an Amp

Depending on your situation, you might have to take different approaches while wiring a tweeter. For example, some tweeters come with built-in crossovers, and some don’t. So, in method 1, we are going to discuss built-in crossovers. We’ll focus on standalone crossovers in methods 2, 3, and 4.

Method 1 – Tweeter with a Built-in Crossover

Keep in mind: In this method, the crossover only filters frequencies for the tweeter. It won’t support other drivers like woofers or sub-woofers.

Method 3 – Connecting the Tweeter Alongside with a Full Range Speaker

First, connect the positive wire of the full-range speaker to the amp.

Then, follow the same process for the negative wire.

Finally, connect the tweeter to the crossover. This is an excellent method to save some speaker wires.

When using a sub-woofer with a tweeter, wire them to the amp separately. Otherwise, the high bass power can damage or blow the tweeter.

First, connect the crossover’s positive wire to the positive end of the amp.

Now, connect the subwoofer’s positive and negative wires to a different amp channel.

Some Tips That Can Help the Above Processes

Modern car amps come with 2 to 4 channels. These amps are capable of handling a 4Ω tweeter and 4Ω full range speaker simultaneously (for a parallel connection).

For those looking for an upgrade, it is always better to replace the original crossover with a 2-way speaker crossover.

Things to Lookout for During Wiring

Without proper wiring, you won’t be able to connect the tweeters, crossovers, or sub-woofers correctly. So, follow these guidelines for good results.

Where to Install Your Tweeters

If you are looking for a place to install your tweeter try to place them around the center of the passenger and driver seats.

Apart from that, the car door or the side pillars near the windshield are also good locations to install your tweeter. Most factory-installed tweeters are mounted on those locations.

However, while installing tweeters remember to choose a location that fits you. For instance, some people do not like to mount the tweeter on the center of the dashboard. Constant sound close to ears might irritate them. The car door is the perfect place for that kind of situation. Besides, when you mount the tweeter on the car door; drilling and mounting processes are quite easy.

Can I Use Tweeters on a Monoblock Sub Amp?

A monoblock sub amp has only a single channel, and this channel is designed to produce bass. Monoblock amps do not have treble(highs). So, you cannot install a tweeter to a monoblock amp.

However, if you use a multi-channel amplifier with a low pass crossover, follow these steps for optimal performance. (2)

Whether you buy a tweeter with a built-in crossover or a standalone crossover, you need to connect the tweeter and crossover to the amp. Connecting tweeter to an unused channel is the best way to do that.

On the other hand, if you use a sub-woofer with a tweeter, follow the above guidelines properly.