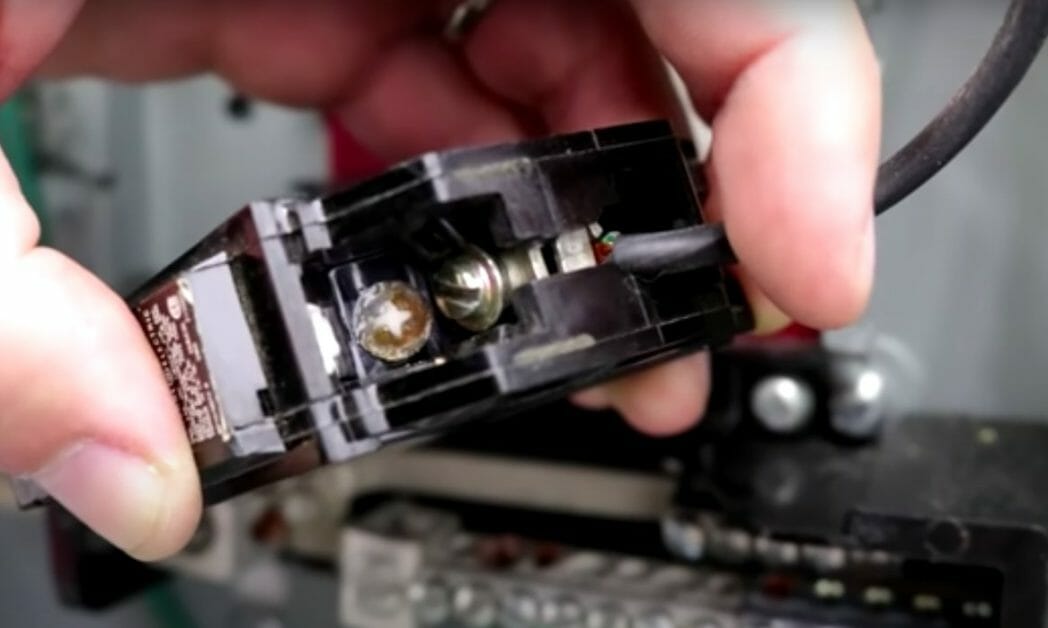 Removing a circuit breaker in your home wiring is not a difficult task. It only requires some basic tools and know-how. This article will guide you in safely removing a breaker quickly and efficiently.

The seven steps to remove a circuit breaker are:

The Tools and Other Things You Will Need

Reasons for Removing a Circuit Breaker

There are two main reasons why you may need to remove or replace a circuit breaker:

The reading should be more or less the voltage of your electricity supply. If it is, the breaker is working, but if the voltage is zero or very low, it needs replacing.

The second scenario is if, for example, the load requires up to 16 amps continuously, but the 20 amp breaker frequently trips even at 5 or 10 amps after a short period of use.

The Steps in a Nutshell

Here are the steps in a nutshell:

The Same Steps in Detail

Here are the same seven steps again, but in more detail with illustrations:

Step 1: Turn the Main Breaker Off

Having identified the breaker to be removed and taking the necessary safety precautions, ensure the main breaker switch is turned off at the circuit breaker panel.

With the main breaker switch turned off, remove the main panel or sub-panel cover where the breaker to be removed is in place if there is one.

Step 3: Turn the Breaker Off

Now that you have access to the breaker to be removed turn this breaker off as well. Turn the switch to the off position.

Step 4: Dislodge the Breaker Out Of Position

You can now dislodge the breaker to be removed from its position. You will most likely need to grab the breaker lengthwise to pull it out of position.

Step 5: Pull the Breaker Out

Once the breaker to be removed is loose, you should be able to pull it out easily.

Step 6: Unscrew to Disconnect the Wire

Use a screwdriver to disconnect the attached wire with the breaker out of its secure position.

Step 7: Pull the Wire Out

After the screw holding the wire is loosened, pull the wire out. The breaker should now be completely free and ready to be replaced if necessary.

The breaker is now removed.

Before inserting a new breaker, attach the wire and screw it firmly (not overly tight) (Figure 3). Ensure the clamp is not pinching the rubber insulation. Otherwise, it will create heat due to a bad connection.

When inserting the new breaker, align the notch to the hook and the slot to the bar (Figure 4). Inserting the notch into the hook first will be easier. Then, gently push the breaker into place until it clicks firmly into position.

Finally, you can turn the breaker and main panel switches back on. If you have a light display, it will light up to show that the new breaker is functioning (Figure 5).

We showed you how to remove a circuit breaker and identify a faulty breaker, remove a breaker safely, and replace it with a new one. The seven removal steps are outlined above and explained in detail with illustrations.