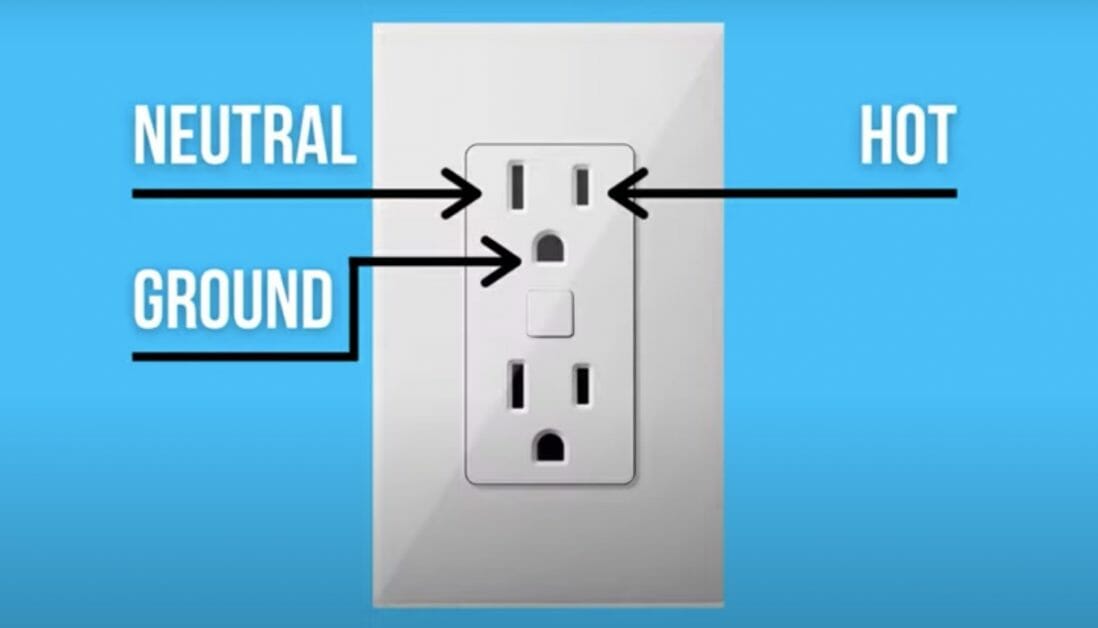 Testing an outlet with a multimeter is easy to do. You can use a multimeter to test an outlet, test the power of an appliance, and more. This quick test will let you know whether you need to replace a broken appliance or reset the circuit breaker.

In general, to test an electrical outlet with a multimeter you can follow the following steps:

Step 2: Plug the multimeter into an outlet you know is working.

Step 3: Turn on the multimeter and get the reading. The meter should read 120 volts or slightly more.

Let’s discuss the above procedure in detail.

Checking the Voltage of an Outlet’s Socket

You need to check the voltage output of a standard electrical outlet. This can be useful if you have an outlet that is only putting out half of the voltage.

Start by plugging the first probe from your multimeter into the receptacle’s ground hole (the round hole) and the second probe into the hot hole, which is the one on the left side of the receptacle. The positive (+) lead should go in first, followed by the negative (-) lead.

Take your meter and set it to ACV (alternating current voltage). If your multimeter has a dial, turn it until you see “ACV” or a symbol that looks like an alternating current waveform. If there are no dials and just buttons, press “V” or “ACV.” The device will probably say “AUTO” — this means that no matter what kind of voltage you’re measuring, it will automatically detect what type of voltage measurement you want to take.

Look at your meter’s screen. If there is a red needle, spin it counterclockwise until it’s all the way at zero. The number on the digital meter should always be at zero before you measure anything (if there isn’t a red needle on the dial, don’t worry about it and press the reset button).

Ensuring that the Casing is Grounded

To test that the outlet is grounded, use a multimeter. To do this, turn off any power to the outlet or switch before testing it. Using a low-voltage tester, touch one lead to the outlet’s metal prong and another lead to the ground (the screw or mounting plate where you attach your electrical devices). The meter should read zero volts. If it does not, you need to make sure that the outlet is properly grounded by checking with a grounding rod or another grounding method.

However, if there is a switch for the outlet or light fixture nearby, it may be possible that someone turned off the switch, but not the breaker. To be absolutely sure that there’s no power, you can test the outlet with a non-contact voltage tester. These testers are cheap and readily available at hardware stores and home centers.

The majority of sockets around the world are single-phase: they have just two conductors, one positive and one negative (or “live” and “neutral”). In North America and most European countries, the voltage is 110V. In other countries — Japan, Australia, and some others — it’s 220V. The procedure for testing both types is the same.

Three-pronged plugs are very common on single-phase sockets because they allow the socket to be grounded. This is used as an extra safety measure so that if the circuit gets overloaded, it will trip instead of causing a fire or other issues. If your plug has three prongs but there is no earth wire in the socket box (it should be green), don’t use that outlet.

In order to test a three-phase socket for proper functioning, check the voltage at the socket using your multimeter. Adjust it to AC voltage mode. The voltage reading should be between 220 and 240 volts. If it reads below 220 volts, then there is a problem with either the supply or the socket. If it reads above 240 volts, then the supply transformer may be faulty, or there may be some other issue in the power system that needs to be investigated.

Step 1: Ensure that the multimeter is set to test resistance. Click here to know more about resistance.

Step 2: Plug the end of the black lead into the ground port.

Step 3: Plug the end of the red lead into either of the other two ports.

Step 5: Test the outlet by placing one probe in each of the two slots in the outlet. You should see continuity on your multimeter’s display if you are testing a three-prong grounded plug.

The method is quite simple. First, connect the test leads to the multimeter and then turn the multimeter on. Set the dial on your multimeter to volts AC. If you have a different-looking multimeter, you may need to set it to something like VAC or V~. Next, plug your device into the outlet you want to test. Now, touch one of the test leads of the multimeter to each of the holes in the outlet (the “slots” where a plug would go). The reading should be about 110 volts for a North American outlet (about 220 for European outlets). If there is no reading at all, then there’s probably no power going from the circuit breaker box to that outlet.

What About the Lower Outlet?

If you get a reading of 0V on your multimeter, there are three possible reasons: