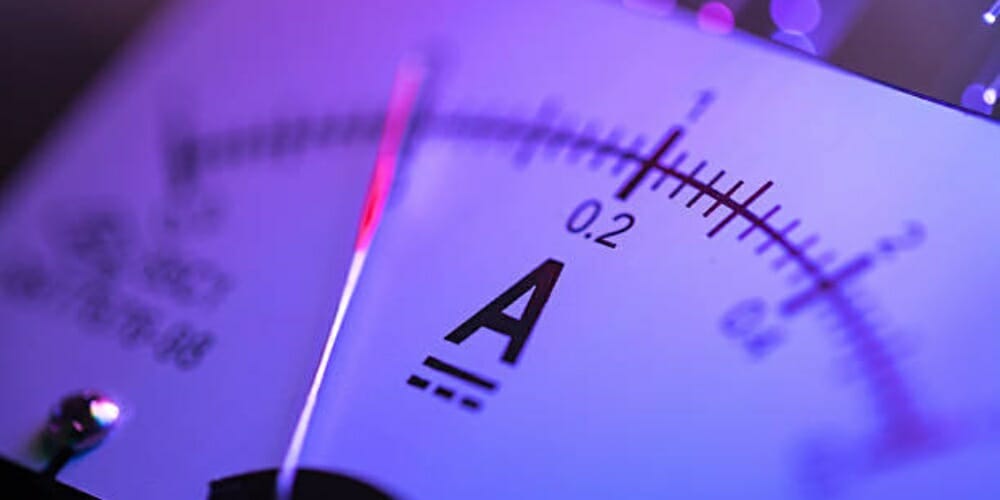 Ammeters are devices that measure electric current. Regardless of the type of current flowing in the circuit (i.e., alternating current circuit (AC) or direct current circuit (DC)), the ammeters can detect a wide range of circuit current values. A very common question is how they are placed in a circuit.

Ammeters are connected in series within a circuit. In most cases, the ammeters are placed after a resistor. Thus, the application of the wires should have a specific direction: the positive terminal of the ammeter should be set to the end of the resistor. The negative terminal should connect to the wire closest to the circuit.

A Few Words About the Electric Circuits

In a circuit, the arrangement of its components dictates how the current will be proportioned and delivered to each device and resistor.

The arrangement is divided into three categories:

A parallel circuit has branches comprised of wires that divide the current into parts. The parts of the circuit current are not equal to each other. They depend on the amount of resistance they encounter in each branch. The higher the resistance value in a branch, the lower the current value.

A series circuit has all of its components connected to one wire. That wire connects with the power source, forming a single-flow path for the current. The circuit current is not divided into parts; the sum of the resistors equals the total resistance of the series circuit.

The third category has components arranged in series and other groups of components in parallel structure.

How is an Ammeter Connected to a Circuit?

Ammeters are instruments that measure current.

In general terms, any instrument that can measure current is placed in series within the system. These devices are designed with the least possible resistance, so they do not tamper with the total amperage that circulates within the circuit.

Thus, the ammeter is connected in series.

All devices have a certain amount of resistance. However, ammeters are designed to have the least feasible resistance (i.e., near zero).

To explain why this happens, I should explain how the current tends to flow within a circuit.

The electric current in a circuit tends to stream where the least resistance is found. That means that in a circuit, when there is a resistor and an ammeter in a parallel arrangement, the electrical current will flow through the ammeter since it has almost zero resistance.

The issue with the above case is that the electric current may damage the ammeter. That happens because the current will circulate quickly and suddenly through the device, destroying its internal mechanism.

Suppose the electrical current flows within the resistor and through the ammeter. In that case, the resistor restraints the movement of the electrons of the current. Thus, it is more controlled, and the ammeter’s internal breaker is not in danger of tripping.

Note that when a breaker trips, a device’s internal mechanism will probably deteriorate.

Thus, connecting the ammeter in series within a circuit is extremely important.

How to Connect an Ammeter to a Circuit?

Connecting an ammeter to an electrical circuit is quite simple if one follows some specific steps.

Firstly you need to access the circuit. You must then disconnect and power off the system to prevent electric hazards.

After you find the wires connecting to the power source, you must disconnect one part.

You will now have to attach the meter to the circuit to check the amount of amperage that flows within them.

Note: After applying the device, you can power the meter and the circuit. To disconnect the ammeter, you must first cut the circuit’s power.

The explanation behind the arrangement of an ammeter within a circuit depends on three statements:

Thus, the conclusion is that an ammeter always connects in series within an electrical circuit.