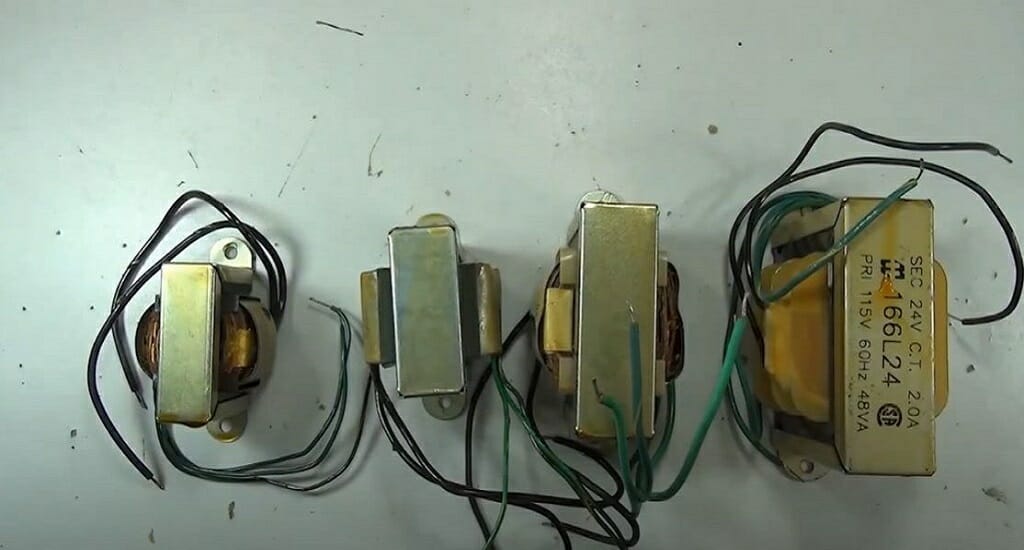 In this article, I’ll teach you how to test a transformer without power using the most widely used electrician-approved tests.

Quick Summary: To test a transformer without power:

Follow the below step-by-step guide for a detailed explanation.

5 Step Guide on How to Test a Transformer without Power

For these tests, you’ll need a few things. So, gather them before getting started.

First and foremost, take the multimeter and set it to resistance mode. Connect the red and black jacks to the ohms and COM ports. Turn the dial to the resistance settings.

Quick Tip: You might have to change the multimeter’s resistance range depending on the measured resistance. Otherwise, you won’t get an accurate reading.

For this demonstration, I’m using a transformer that has a total of five terminals.

Difference Between the Primary and Secondary Windings

Typically, the primary winding is capable of drawing power from the source. On the other hand, the secondary winding delivers energy to the load.

Nevertheless, you can do a simple test to identify the primary and secondary windings.

I got a 2.02KΩ reading for the bottom terminals.

I got a 54.7Ω reading for the top terminals.

Important: If you get an infinite or decimal reading, you might have to change the resistance range. For instance, I used a 20K range for the bottom terminals and a 200Ω range for the top terminals.

Quick Tip: The winding that has the higher resistance is the primary winding.

Before Starting: After identifying the primary and secondary windings, you can move on to the testing process.

The transformer works fine if the readings show an open circuit (infinite resistance). Also, carry out tests for both 200Ω and 20MΩ resistance ranges.

As you can see, I’m getting an infinite resistance reading here. That means the above-checked terminals act as an open circuit. Hence, no issue in those two terminals.

Important: Here, I only check two terminals. But for more accurate testing, you should test all terminals.

In a properly working transformer, the primary terminals and core of the transformer should act as an open circuit. So, let’s check that too. (1)

I’m getting open circuit readings for these two terminals. That means there are no issues between the core and the primary winding.

Why is Checking the Transformer Without Power Important?

The above three tests (Steps 3, 4, and 5) cover all the components you need to check in a transformer. For instance, during Step 3, you are checking all the terminals. And Step 4 and 5 allow you to check the connection between the core and the terminals. Therefore, this is the ideal technique that you should use.