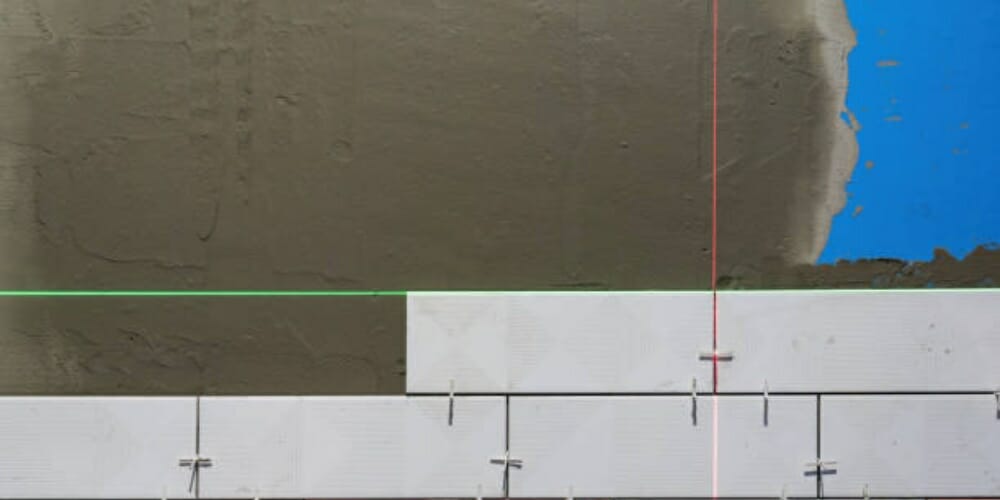 In general, both the green and red laser levels were designed for specific purposes. But consumers often do not consider this, they only consider the cost.

The laser beams are excellent construction tools. The beams give you the best alignment or level in an easy, efficient, and convenient way. I will go over the features of the green and red laser levels in this comparison article. Then, you will be able to choose the best laser level based on your working conditions.

An Overview of the Green Laser Levels

Green lasers are easy to operate; they have enhanced visibility, and are more powerful. Their range is also high. Let’s now check these properties from an in-depth perspective.

The green light is right in the middle of the light spectrum under the visible light range. Visibility refers to the visual quality, or simply the clarity of vision. The green light is easily detected by our eyes. In that sense, we see that we will be able to see green lasers without straining. The red light is at the end of the visible spectrum. Therefore, difficult to see when compared with the green light. (1)

The green light has clear edges and visibility. Its wavelength is in the range of 560nm and 520 nm. Its frequency is between 540THz to 580THz. In simpler terms, the visibility of green light is four times that of a red light or laser.

In an indoor setting, the visibility range of green light is between 50 and 60 feet. To most people’s surprise, green light lasers can be applied when working beyond 60 feet (outdoors). The overall implication is that the green light is superior to the red light laser levels.

The Construction of a Green Laser Level

It is now self-evident that the green lasers cost more money than the red lasers. They are approximately 25% more expensive than their red counterparts. This fact is owed to their complexity, high functionality, or generally their construction. This also explains why the red lasers are flooding the market, and not the green ones.

We agree that the red lasers are more economical than the green lasers. However, this concept is a bit debatable thing. If for example, the construction costs millions and then you cannot afford to make any mistakes. In such a situation it will be worth it to use the green lasers.

Green laser levels have very powerful lasers with excellent visibility. This comes at a cost. They consume a lot of the electrical energy generated by their batteries. For that matter, the battery lives of green lasers are really short when compared to that of red lasers.

Please note that the visibility powers of the green lasers are drawn from the energy in their batteries, so there is a direct proportionality relationship.

As the battery fades, so does the visibility. So, if you are using this type of laser, be certain to constantly check your battery status. You may need to have several batteries just to be safe.

The Best Application of Green Lasers

Contrastingly, it’s wise to avoid these types of lasers if you are on a tight budget. You have to choose the red lasers. However, if your budget is not tight, go for the giant laser level – green lasers.

An Overview of the Red Laser Levels

Comparing these values to the green light’s (wavelength and frequency), we see that the green light is 4 times stronger/brighter than the red light. Therefore, when working indoors, your eye will detect the red color at about 20 to 30 feet. This is about half the range that the green light spans. When you are performing your work outdoors, in areas that are below 60 feet, feel free to use a red laser.

Yes, the red laser levels are inferior to the green laser levels by visibility standards. But when comparing them in construction terms, the red lasers take the lead. They (red lasers) are made up of fewer components and hence very economical. They are also very easy to operate. If you are a newbie in the laser world and just need to perform a few tasks like aligning objects on the wall, go for a red laser level.

The Cost of the Red Laser Levels

These types of lasers are indeed affordable. If you are on a budget then get a red laser for your simple tasks. The price of a red laser level including its detector is altogether cheaper than one green laser level minus a detector.

The Battery Life of the Red Laser Levels

The Best Use of Red Laser Levels

Red lasers are suitable for short ranges – indoor or outdoor. Furthermore, they are cheap and hence good for people on tight budgets. Their long battery life also cuts the maintenance costs.

So, Which Laser Level is Best for You?

Having discussed the red and green laser levels, it will be easy to figure out which laser level is best for you. Well, it will depend on your situation.

The Green Laser Level will win:

The Red Laser Level is the winner: