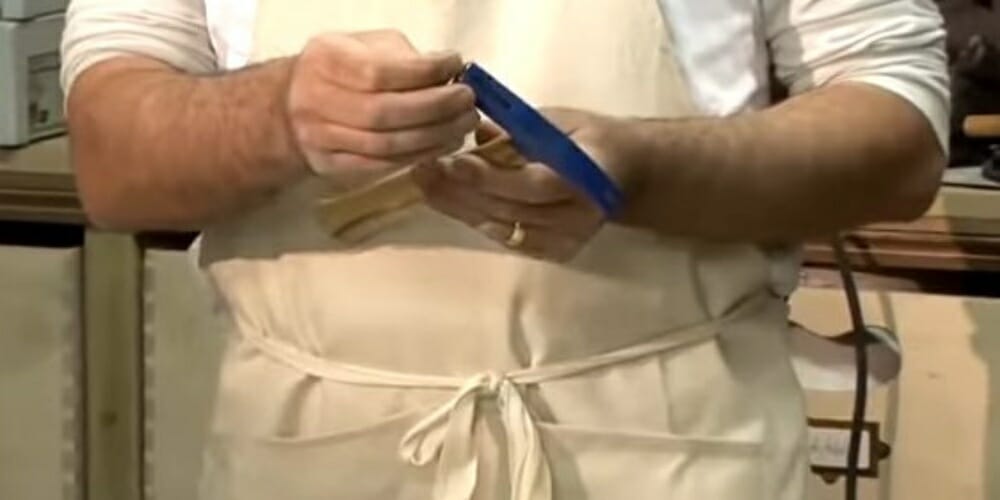 Are you trying to use a tack hammer to attach upholstery to furniture, and you don’t know how to use it properly?

To drive nails into various surfaces with a tack hammer:

Step 1: How To Grip the Handle

To use a tack hammer, do not grip near the head of the tack hammer. Instead, grab the hammer close to the end of the handle. That way, you will avoid accidents.

Holding the hammer near the handle’s end increases the force directly proportional to the perpendicular linear distance against the object you’re trying to hammer into.

A tack hammer is used to hit small nails; hence the probability of missing the mail’s head is high. So, securing the nails within the comb bristles is safer.

After positioning the nail on your material, hammer the head of the nail lightly — do not use a lot of pressure.

Throughout hammering, keep the handle grip steady and firm. Otherwise, the hammer might slip, resulting in damage.

Step 3: Release the Nail from the Comb

The nail will rapidly settle on the surface after a few swift blows on the head. Remove the comb from the nail after noticing the nail sticking on the surface without support.

Apply force to push the nail into the material to prevent it from coming off when you hit it again.

Then, hit the nail on the head again. Make the secondary hits slightly stronger than the former blows. Be consistent and stable when striking the nail; heavier hits can destroy the material in question.

Besides, materials that use small nails/tack nails are usually fragile and can get damaged.

Hammering the nail will not always go well. The nail can bend or appear awkward on the surface. Use the tack hammer’s head’s claw side to pull the nail from the surface.

You may construct a lever with a minute piece of wood or fabric to simplify the process. Tuck the lever underneath the handle, adjacent to the head of the hammer, and press the tack hammer against it to lift the nail. In most cases, the nail will get lifted easily.

After successfully removing the wrongly-oriented nail, repeat steps one through four to hammer the nail into the surface. Replace the nail if it is badly damaged or bent.

Note: You can use the tack hammers magnet(usually included on the top of the hammer) to pull the nails out of the toolbox and other upholstery activities. That way, you will avert the possibility of getting hurt by the nails. They are tiny, and one can accidentally get punctured by the nails while looking through the toolbox. (1, 2)

Do not use a tack hammer with a loose handle for this task. And if there are numerous dents, chips, or cracks in the tack hammer, replace it immediately.