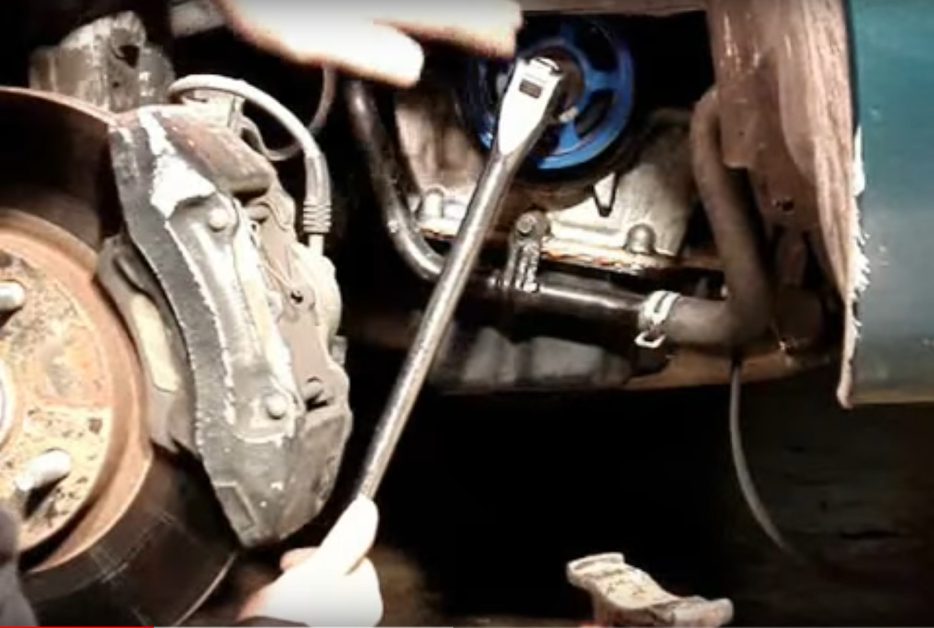 The main tool you need is a long breaker bar (½” should do), plus a socket that fits the crankshaft bolt. Among other measures, disable the ignition system, remove the spark plugs, and put the car into the neutral gear, but keep the timing belt on. Then apply these four steps: wedge the breaker in the control arm put the socket on the bolt, turn the harmonic balancer as necessary, and push to start turning the bar clockwise.

Why You Would Need to Do It

The crankshaft drives various parts outside the engine casing.

You might need to turn a crankshaft if, for instance, you think the engine is seized. If you think this is the case, remove the spark plugs and try rotating the engine. If you can’t rotate it by hand, it might be seized.

Using a breaker bar can also confirm if it is able to turn or not.

The Tools to Use

Make sure you have the right breaker bar. It must be one with a long handle.

A ratcheting breaker bar will help to keep turning the crankshaft in the right direction. You may need a long ½” bar. Although many suggest it, avoid using a torque wrench, as it can get damaged easily. A breaker bar is a right tool for this job.

To loosen the crankshaft bolt, you will probably need a 14mm socket. Check the required size and use the right socket that fits.

Safety and Other Measures

Before starting to turn the crankshaft, take the following main safety and other measures:

Know the Direction to Turn

The Steps to Take

After following the essential prerequisites mentioned above, proceed as suggested below.

While Turning the Crankshaft

While turning the crankshaft, don’t give up easily if you find it difficult.

Obviously, you will feel resistance, but keep trying and exerting effort steadily. Don’t worry about breaking anything, as the risks are low. Sooner or later, you will notice the resistance subsiding, as soon as you hear a click or two, or notice a slight release of air.

After a few revolutions, you will be able to continue turning the crankshaft with greater ease compared to the initial struggle.

If the crankshaft still fails to turn, try one or more of the following: