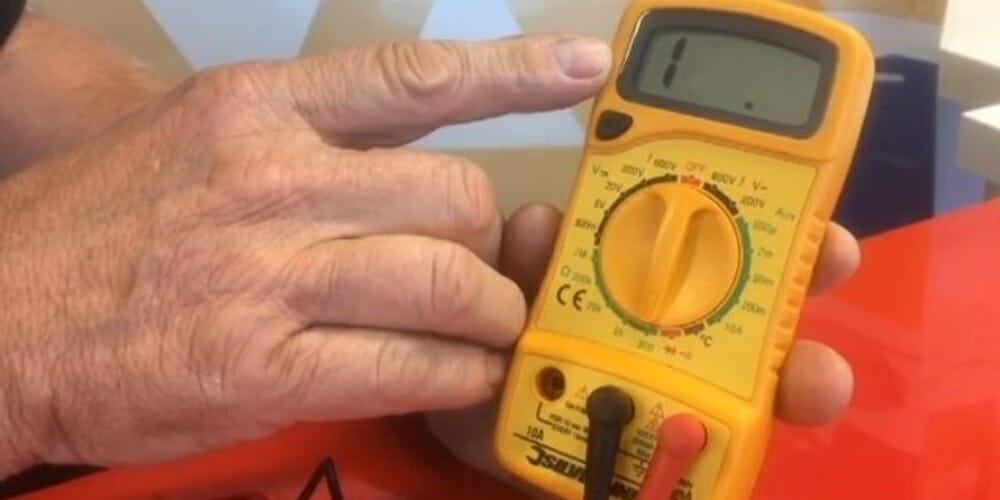 In this article, I’ll teach you how to check Continuity in a Long Wire so that you can verify if your long wire has a continuous electrical path.

As an electrician, I use digital multimeters daily to check the continuity of various wires and other conductors, so I have a few tips to share. A continuity test helps you identify the actual fault in a circuit or device by telling you whether or not the wire is creating the problem.

The process of checking the continuity of a long cable is pretty straightforward.

What you Need to Check Continuity of Long Wires

Digital multimeters are the best multimeter to use. Instead of a needle pointer for readings, it has a display unit where the figures pop up. However, if you cannot get a digital multimeter, just use an analog one.

Now, follow these detailed steps to check if your long wire has a continuous electrical path.

Knowing the color codes of electrical wires is vital. An electrical wire conducts electricity, but it also doubles as a resistor. Then, understand that the resistivity of wires varies according to length, thickness, and type or size.

Electrons collide with the conductor ions while flowing through a wire. The collision produces resistance to the flow of electrical current.

Assemble and set your multimeter well before testing continuity to get plausible results.

Select the continuity option by setting the selection knob to Ohms position.

Resistance is measured in ohms, so the device must be tuned to Ohms resistance.

After setting the multimeter, ensure the display unit reads OL (open loop – the highest measurement), except for faulty wires.

The multimeter has two probe leads; the negative lead (black) and the positive lead (red).

Verify if they are plugged into their respective sockets properly. You may ping them together as shown below:

Note: It is worth mentioning that newer multimeters have contact points instead of COM sockets or ports.

Step 3: Detach the Ends of the Long Wire

This is a valuable safety procedure you cannot miss in any continuity test. Here is how:

Switch off and unplug any connected motorized appliance. Also, disconnect other electrical devices like laptops & desktops, TV, and air conditioners. Generally, remove every component connected to the circuit. This way, you will ensure their safety in the event of an electrical fault triggered by the continuity test. (1)

The breaker is usually located on top of the electro panel. Flip it off to avoid working with live wires, especially if you are a beginner. I recommend even professionals: switch the power off before performing a continuity test.

If you have a circuit box in the house, turn off the power by pulling the main disconnect or removing the fuse block.

Turn off a particular circuit as follows:

Set your multimeter in continuity test mode. Connect the probe leads. Make sure the power supply is off. Now you can begin the test.

If your multimeter has a sound feature, don’t ignore the beeps when checking continuity. Listen to the multimeter closely because any beep signifies continuity (the absence of resistance in the wire under the test), which means your wire has a continuous electrical path.

For a dead circuit, take out the wires and insert both probe leads in the multimeter jacks. That way, the probe leads won’t be attached to each end.

Strip off the insulation from both ends of the wire to about 1/2-inch depth, and touch the probe leads on the two ends of the wire (the wire doesn’t have polarity, so the order of placement is no issue).

Check the display unit for the readings and interpret them as follows:

There is power continuity between the probe leads. Besides proving a continuous electrical path in the wire, the circuit is complete.

If the multimeter displays one (1), there is no continuity in the wire. The continuous electrical path is broken. Such wires cannot transmit electrical current; replace them.

The Concept of Continuity

In electrical engineering, continuity describes an uninterrupted flow of electrical current in a conductor, say a wire. Sometimes wires may develop faults that render the wire non-conductive or partially conductive. So, a lack of continuity in wires stops the smooth flow of amps or current from a power source or outlet to an electrical appliance. (2)

Therefore, it is imperative to know how to check the continuity of a wire to avoid confusion. You may think your device has a fault when the wires have lost continuity. Finally, you might replace the equipment and still experience the same issue.