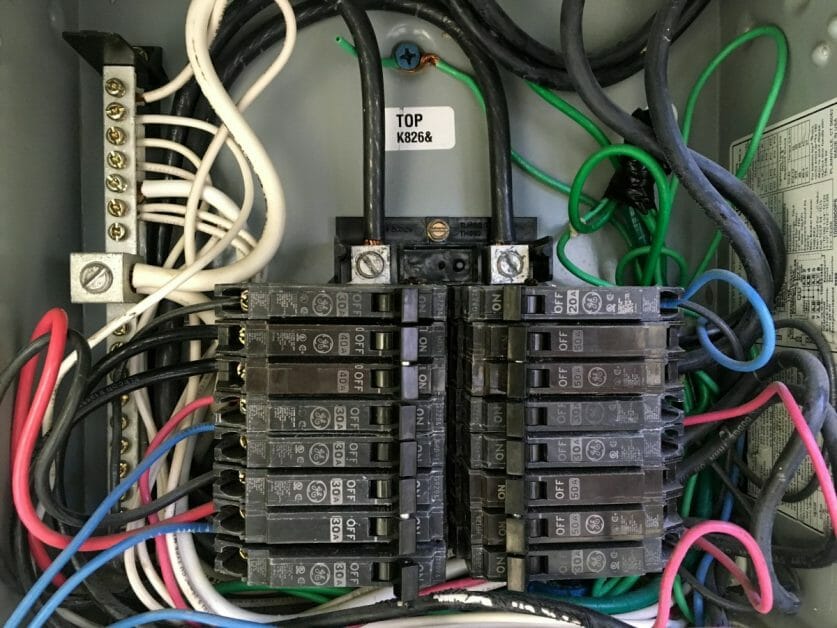 In this article, I will discuss the plug-on neutral breaker, its specifications, where it connects to the natural bar, and its relation to AFCI and GFCI breakers.

The plug-on-neutral breaker is a type that you can connect directly to your neutral bar, so you don’t need a pigtail connection. It’s almost the same as regular AFCI and GFCI breakers, but it doesn’t work with most standard breaker panels.

What is a Plug on Neutral Circuit Breaker?

You don’t have to worry if you don’t know how to wire a plug to a neutral breaker because it’s easy. You must clip the plug-on-neutral breaker to the neutral bar and connect the hot wire to the breaker.

This means installing a plug-on-neutral breaker could be up to ten times faster than installing a regular AFCI or GFCI breaker.

Standard circuit breakers can also be used with a plug-on-neutral breaker panel. So you don’t have to use special AFCI or GFCI breakers on your circuits or use pigtails to reuse your old breakers if you don’t want to.

For instance, the Square D plug on the neutral load center features neutral bars with slots between the screws, allowing you to immediately attach the plug-on-neutral circuit breaker. Using a standard breaker with a pigtail connection, you can connect it using the spaces on the neutral bar.

How Do I Know if My Breaker is Plugged into Neutral?

The neutral wire is the insulated wire that snaps to the line voltage in all places. If you have a load, you should be able to use something other than that neutral wire. If not, the neutral is being stolen from the earth. The circuit breaker will trip as a result.

The easiest way to check if your breaker is neutral is to look at the voltages. Most of the time, the difference in voltage between hot-ground and hot-neutral is less than two volts. As the load goes up, the difference will get bigger. If the difference is more significant, a switch turns on. If the circuit is backward, you should fix it right away.

What is the Benefit of Plug-on Neutral?

Plug-on-neutral breakers can save time and effort when installing a new electrical fixture. These breakers can be put in faster than regular AFCI breakers because there are no pigtails to connect. They work with standard circuit breakers as well.

Why Circuit Breakers are Never Placed on Neutral?

There are several reasons why circuit breakers are not placed on the neutral, regardless of the wattage of the electrical system. One of these reasons is that your electrical system needs to be safe and reliable.

If you know more about the neutral, it will change the way you build and use circuits.

In this section, we will talk about AC neutrals and how to protect them adequately.

Neutral is the part that electricity flows through. If you disconnect the neutral, the voltage will go up to more than 50 volts to the ground. Because of this, circuit breakers need to be put on neutral. This will stop the neutral from getting too much current. A four-pole circuit breaker is also a good idea.

When a circuit breaker trips, an electric fire can happen. This is because the conductor connected to the ground has a high voltage. Even though it is called a neutral wire, the ground wire is rarely one.

The goal of grounding equipment is to make a path to the transformer easy for electricity to follow. But this way is more challenging than it looks. Connecting the neutral wire to a neutral wire at the service panel would help.

Advantages of the Plug-on Neutral Breaker and Load Centers

1. A Clean and Professional Finish

A neutral load center with a plug eliminates the need for a pigtail wire connecting to the neutral bar. This lets you have a cleaner load center with no messes or tangled wires if you use a lot of AFCI or GFCI breakers.

This will make it easier for you to manage the cables, especially since you’ll only have to deal with the hot wires that connect to each breaker. This also makes it much easier to figure out which circuit is which.

A plug-on-neutral breaker gives you more room and makes getting to your breaker panel easier. Also, you don’t have to screw the neutral pigtail connection to the neutral bar by hand anymore. This makes it less likely that a loose connection will cause your GFCI or AFCI breaker to stop working.

Can Regular Breakers be Used on the Neutral Plug?

You can do it easily with a special cable if you want to change your GFCI breaker to a plug-on-neutral breaker. This cable clip goes straight to your breaker panel’s neutral bar. A plug-on-neutral GFCI switch has many advantages.

Two circuit breakers can technically share a neutral, but this is not a good idea. This is dangerous because it could cause an electrical fire. This method is also not recommended for single-phase systems because the return current from the second breaker can mess with the first neutral.

What happens if a ground is used as a neutral?

In the case of the grounding wire at the main circuit breaker panel, its size depends on the size of the service wires coming in. We can use the neutral as the ground wire if the wiring is done right. We can’t use the ground as a neutral point because the current can’t get back to where it started.