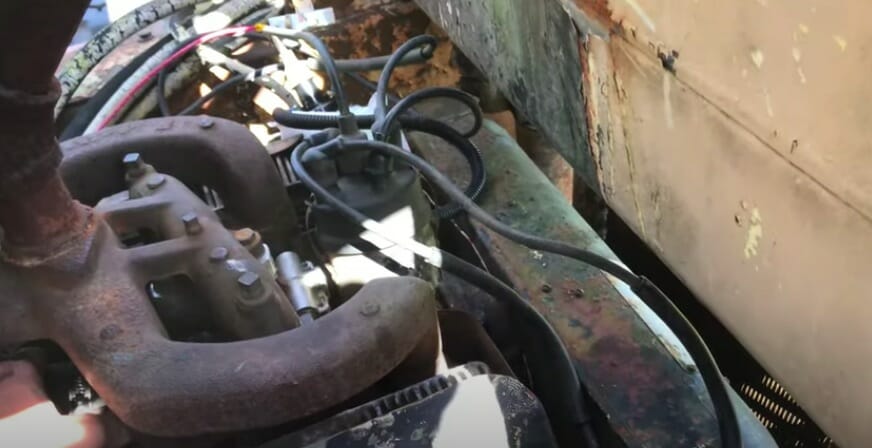 In general, high-tension leads or spark plug wires are the wires that connect a distributor, ignition coil, or magneto to each spark plug in an internal combustion engine.

To help you grasp this idea, I will show how you can connect spark plug wires in the right order in the following sections.

Get the Owner’s Manual for Your Specific Vehicle

The owner’s manual has the firing order and a spark plug wire diagram. Connecting the wires will take less than 2 minutes with the right guide. If you do not have the owner’s manual, then proceed as follows:

That is a large round part that connects all four spark plug wires. The distributor cap is located in the engine’s front or top. Two latches keep it firmly in place. Using a screwdriver, remove the latches.

Make two lines with a marker at this point. Make one line on the cap and another on the body of the distributor. You then replace the cap in its original location. The distributor rotor is usually beneath the distributor cap.

The number 1 spark plug distributor cap is usually marked. If not, consult the owner’s manual to determine whether there is a difference between one and the other firing terminals.

Fortunately, most manufacturers will mark the number one terminal. You will see the number 1 or something else written on it first. That is the wire that connects the faulty firing terminal to the first spark plug firing order.

Step 3: Connect the First Cylinder to The Number One Firing Terminal

Connect the number one firing terminal to the engine’s first cylinder. However, this is the first cylinder in the spark plug firing order. This can be the first or second cylinder on the block. In most cases, there will be a marking, but consult your owner’s manual if there isn’t.

One thing to remember is that only gasoline-powered vehicles have spark plugs. The fuel in diesel vehicles is ignited using pressure. A car typically has four spark plugs. Each one is set aside for a single cylinder, and some vehicles utilize two sparking plugs per cylinder. This is common in Alfa Romeo and Opel vehicles. (1)

If your vehicle has them, you will have twice as many cables. Connect the wires using the same guide, but add another cable to the appropriate spark plug. This means that terminal one will transmit two cables to cylinder one. The timing and rotation remain the same as with a single spark plug.

This final step is difficult. You should be familiar with the spark plug wire identification numbers to make things easier. You’re probably aware that the first firing terminal is distinct from the others and is linked to the first cylinder. The firing sequence is typically 1, 3, 4, and 2.

This varies from vehicle to vehicle, especially if your vehicle has more than four cylinders. The points and steps, however, are always the same. Connect the wires on the distributor according to the firing order. Turn the distribution rotor once because the first spark plug is already connected. (2)