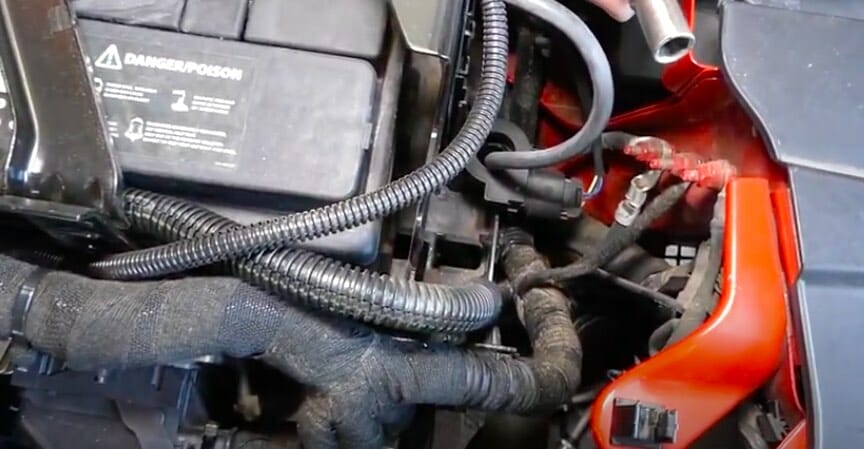 In this article, I’ll guide you through the symptoms of a bad battery current sensor.

What are The Signs of a Faulty Battery Current Sensor? When the battery current sensor fails, the vehicle does not charge properly, which results in a DTC or a dead battery.

I will go into detail below.

The most common issue occurs when dirt, moisture, or battery acid enters the sensor, damaging or shortening it.

In some BMW vehicles, for example, the battery is located in the trunk’s side compartment, and water leaking into the battery can damage the sensor. The Intelligent Battery Sensor, or IBS, is what BMW calls it. A failed IBS has been linked to several electrical issues, including a no-start. A battery sensor is a delicate device that can be damaged during battery servicing or removal.

Honda issued the recall (service bulletins 17-057 and 17-069) to inspect and, if necessary, replace the battery management sensor in Honda Accord models from 2013 to 2016. (except Hybrid). Moisture and road salt getting into the sensor, according to bulletin 17-069, “could result in an electrical short and, consequently, a fire.”

Suppose a car has a battery current sensor and additional electrical accessories connected directly to the battery’s negative terminal.

In that case, the electric current will bypass the battery current sensor, resulting in inaccurate readings. To ensure proper operation of the battery management system, the owner’s manual for the 2019 Ford Explorer recommends not connecting electrical devices’ ground connection directly to the low voltage battery negative post (BMS).

A faulty battery sensor in many vehicles can render the Stop/Start system inoperable.

The following precaution must be taken when changing battery current sensors:

The sensors are delicate and can be permanently damaged if installed incorrectly. Because each car battery management system operates differently, it is critical to read the user’s manual.

The Working Principle of a Battery Sensor

Warning Light for The Battery Sensor.

Battery sensors are linked to the car computer and display a warning light if there is a discrepancy.

The battery current sensor is located at the terminal clamp and is secured to the car frame with screws. A shunt in the sensor measures current and temperature, which are essential parameters for a car computer. BZE algorithms in a car computer use these signals to detect the battery’s health, state of charge, and function. Here, health, charge, and functions stand for:

Battery health refers to a battery’s ability to store and supply current.

State function predicts the relationship between a voltage curve and a load profile.

This was all about vehicle battery current sensors. Battery sensors are the most recent type of sensors that have replaced manual battery maintenance processes. These sensors cater to the increased demand for electrical functions. If you’re driving an old car without battery current sensors, it’s time to replace it. (2)