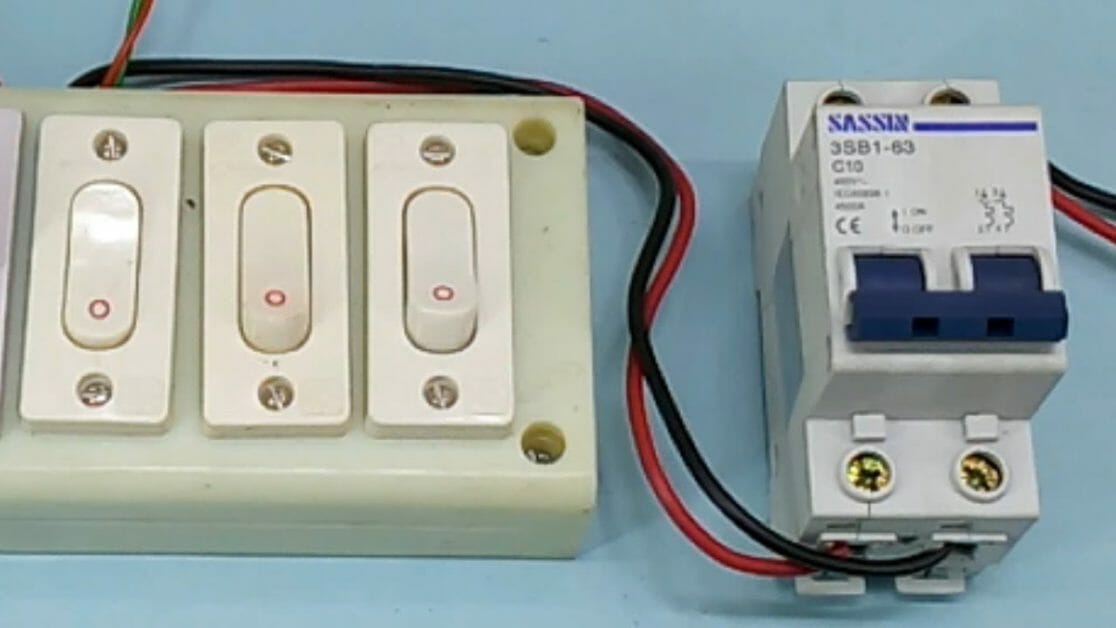 This tutorial will show you how to wire a 2-pole GFCI breaker without a neutral.

When a ground fault or leakage current trips a circuit, GFCIs are utilized to prevent electric shock. IEC and NEC state that these devices must be used and installed in wet locations such as the laundry room, kitchen, spa, bathroom, and other outdoor installations.

The correct wiring of a two-pole GFCI breaker without a neutral wire involves a few steps. Examples include:

I’ll go over each of these procedures in this article so that you can grasp how to wire a double pole GFCI breaker from beginning to end. So let’s start.

A single neutral wire joins two hot wires in double-pole breakers. Thus, both poles trip if a short circuit occurs on either of their hot wires. These breakers can serve two separate 120-volt circuits or one 240-volt circuit, like the one for your central air conditioning system. Neutral bar connections are not necessarily necessary for double pole breakers.

1. Shutting Off the Main Panel Breaker

It would be best if you shut off the power from your main panel breaker before moving further with the twin pole GFCI installation. Working with live wires is strictly prohibited at all times.

Here are some steps to disconnect the main breaker.

How to Spot a Double Pole GFCI Breaker’s Terminals

Next, attach the GFCI breaker’s coiled white wire to the service panel’s neutral bus bar using an open screw terminal at all times.

Use only one wire for a breaker at a time. Ensure that all the screw terminals are securely fastened and that each wire is attached to the appropriate screw terminal.

You have a choice between two configurations. The pigtail has two exit points: one leads to the neutral bus, the other to the ground. I’ll go into more depth about the wiring below.

This is how you can wire a double-pole GFCI breaker without neutral wires. Select the configuration that best suits your needs.

You can troubleshoot a double-pole GFCI breaker in a few easy steps.

Can a GFCI Circuit Breaker with Two Poles Work without a Neutral?

A GFCI can function without a neutral. It measures the amount of leakage to the ground. The CB may have a neutral wire if a multiwire circuit is used.

What if There is No Neutral Wire in My House?