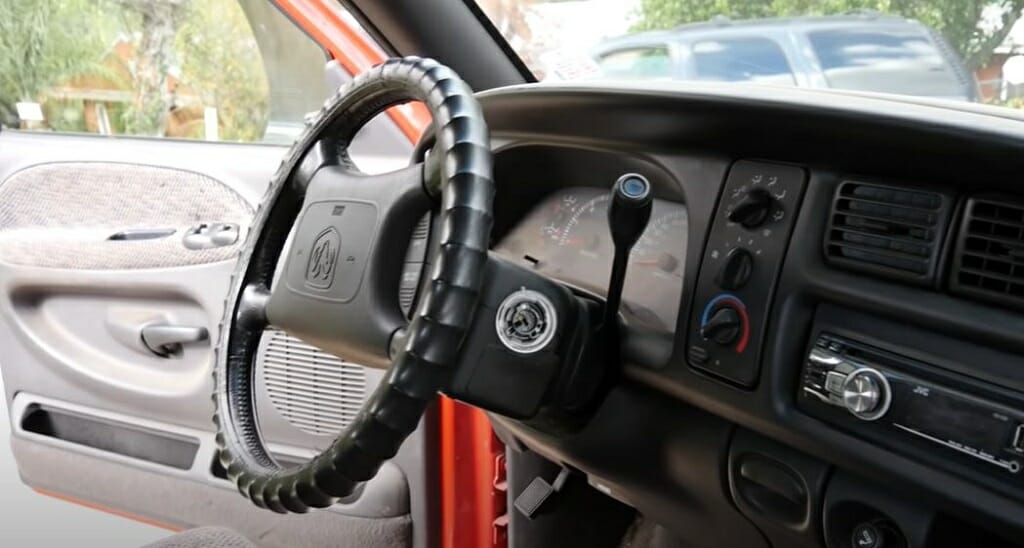 By the end of this article, you’ll know how to start a car with a screwdriver and hammer.

Sometimes, you might deal with a lost car key or malfunctioning ignition switch. You’ll need alternative ways to start the car in such situations. A screwdriver and hammer can be the ideal tools to start the car without the key.

In general, to start the car with a flat screwdriver and hammer:

Before starting the how-to part, you should realize one thing. This article is for educational purposes only. You can use the techniques below to start your car in an emergency. Other than that, you should not use this knowledge to attempt to steal a car. Or you cannot initiate these methods on a car without the owner’s permission.

With that in mind, I hope to discuss two methods to help you start your car with a screwdriver and hammer in this how-to guide.

Method 1 – Use Only the Screwdriver

This 1st method only requires a screwdriver, and you should try this out before jumping to the 2nd method.

Method 2 – Use the Screwdriver and the Hammer

The second method requires some time and effort, and if you do it correctly, you’ll get positive results regardless of the model of the car. Here, the target is to break the pins located at the ignition lock cylinder using the hammer and screwdriver.

Step 1 – Insert the Screwdriver Into the Keyhole

First and foremost, take the flat screwdriver and insert it into the ignition switch keyhole.

After wearing the safety gloves, remember to disconnect the battery. Never start hammering the ignition switch while the battery is connected to the car. You might get shocked accidentally.

Quick Tip: Remember not to damage the surroundings of the ignition key while hammering.

After some time hammering, the screwdriver will stop going deeper. That means you have reached the ignition lock cylinder pins, which are most likely broken.

Don’t Forget: This brute force method will work in most cars. However, against modern advanced programmed ignition switches, this method might be less effective.

Undoubtedly, this is one of the easiest methods to start your car when dealing with a malfunctioning ignition switch. But there are a few issues with this method. In this section, I’ll talk about them.

Did you know you can use a power drill to break the ignition lock cylinder pins? You can, and it is a safe process. But you won’t have access to a power drill all the time. So, having a hammer and screwdriver in your car might not be a bad idea at all.

Quick Tip: Remember that using a screwdriver and hammer should be your last resort to start the car.

As I mentioned earlier, the above two methods are a bit risky. So, whenever you execute these methods, follow these guidelines to avoid injury or damage to your car.

Can I Start a Car Without a Key?

What Happens If My Ignition Switch Goes Bad?

When the ignition switch goes bad, the power will be cut off from the ignition and the fuel system. So, you’ll have a hard time starting the engine. For this situation, replace the ignition switch.  However, if you get stuck in the middle of the road, try to hotwire the car. Or try to break the ignition lock cylinder pins using a hammer and screwdriver. (2)

How to Fix a Locked Ignition Using the Steering?

Sometimes, your car might lock the steering wheel and ignition switch suddenly.