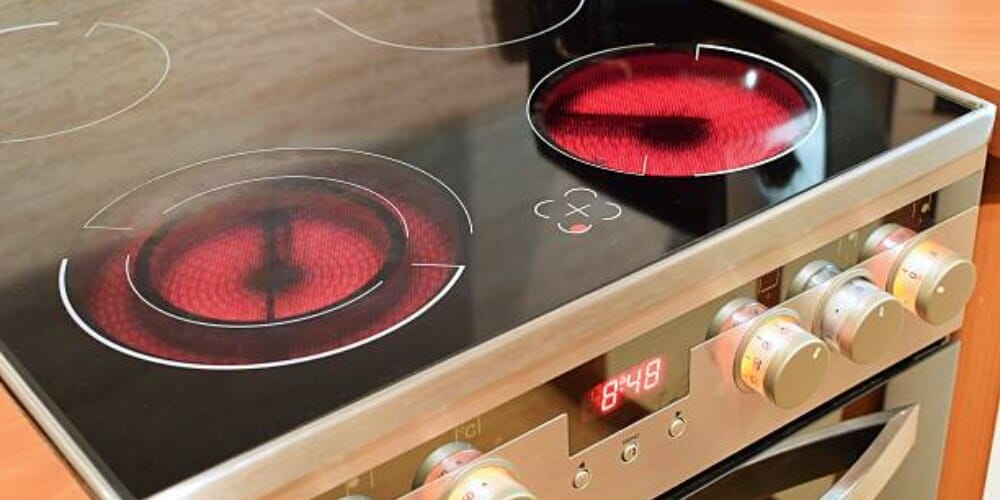 In this article, I’ll explain how hot an electric stove burner can get.

Electric stovetops use coils, ceramic, or glass tops rather than flames to heat food. Understanding the temperature range of your electric stove is a must to ensure its durability and efficacy.

How Hot Can Your Electric Stove Get?

The heat will continue to build up until something removes the heat from the electric coil. If left unattended, an electric stove could reach temperatures as high as 1652°F (900°C). This heat could pose a significant fire risk.

Temperatures for Cooking on a Standard Electric Coil Stove:

Light bubbling in the pot when the heat is on the simmer setting.

Soups, sauces, braises, and stews are frequently prepared at simmering temperatures, typically between 180- and 190 degrees Fahrenheit.

Due to fewer bubbles and less agitation, simmering is less intense than boiling, but the heat is still sufficient to allow flavors to meld in the meal.

For slow pan cooking of chicken, hog, lamb, and any other form of meat, low heat, which is approximately 1-3 on an electric burner, is optimal.

It is also suitable for simmering more quickly.

The typical low-setting temperature is from 195 to 220 degrees Fahrenheit.

Cooking is best done at medium setting temperatures, typically between 220- and 300 degrees Fahrenheit. Vegetables including tomatoes, onions, broccoli, and spinach, and setting for medium-high.

The temperature on the medium-high setting typically ranges from 300 to 375 degrees Fahrenheit. It is perfect for preparing meat, donuts, and many other foods.

Typically, the high setting is between 400- and 500 degrees Fahrenheit. It is perfect for preparing foods that require high temperatures, such as frying tortillas in hot oil or giving the meat a crispy exterior. What distinguishes electric stoves from gas stoves in terms of temperature control?

On the other hand, the rate of gas flow to the burner is managed by a control knob on a gas stove. The burner produces greater heat when the flow rate is higher and vice versa.

What Goes Wrong When a Coil Overheats

The electricity is switched off to the coil when you lower the temperature on an electric burner. Once the required temperature is reached, the cooktop will sense it and turn the coil back on to maintain it. The coil will then periodically cycle that power to keep the temperature constant.

When an electric cooktop coil maintains that high temperature, something goes wrong since the electrical flow isn’t correctly cycled.

When this occurs, the endless switch, which regulates how much electricity gets to the coil, usually acts improperly.

What Causes Some Electric Stoves to Heat More Quickly Than Others?

The type of heat a stove produces and the size of its burners determine how much heat it can generate.

How quickly an electric burner heats up depends on the type of heat it produces. An electric stove produces two types of heat: convectional coils and radiant heat. Radiant heat is produced by the electric stove thanks to infrared radiation from hidden electromagnets. It generates heat more quickly since it does not heat the air. On the other hand, conventional coils heat both the air and the cookware. A considerable quantity of heat is wasted because the heat produced heats both the cookware and the surrounding air.

As a result, enormous burners heat up more quickly than small burners.