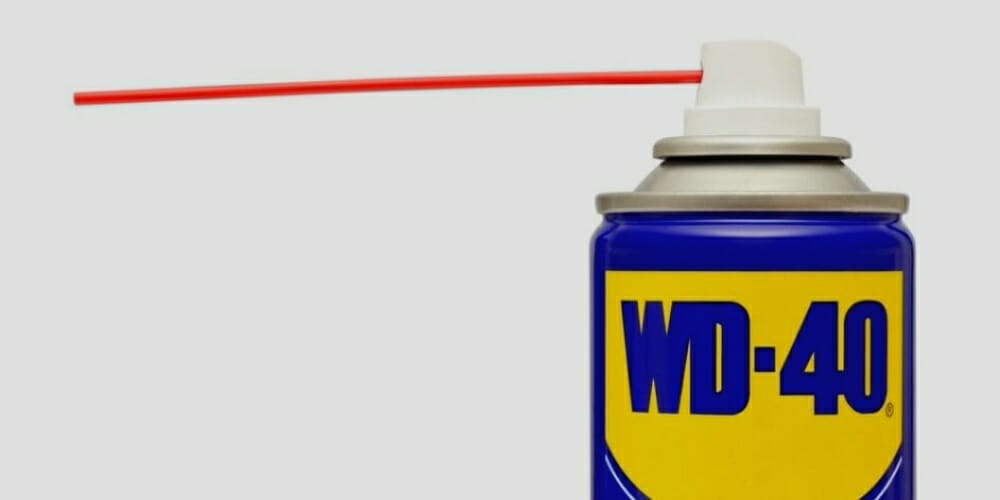 Oil and many other lubricants are not good conductors of electricity because they do not let current flow as quickly. Since oil can’t be used to make electricity flow, a common question is whether or not WD-40 works the same way.

“In General, WD-40 isn’t a conductor; it’s an insulator with a dielectric loss strength of 35KV.”

In this article, we’ve put everything together you may want to understand about WD-40 as a conductor. Keep reading to learn more.

WD-40 isn’t a conductor; it’s an insulator with a dielectric loss strength of 35KV. It can get the moisture out of electrical parts, save equipment that has been flooded, and fix electrical connections.

WD-40 Specialist Contact Cleaner doesn’t leave any residue or deposits behind, unlike other contact cleaners on the market, which can build up and cause problems like a short circuit. Non-conductive, non-corrosive, fast-acting WD-40 Specialist Contact Cleaner cleans delicate electrical components. It removes dirt, dust, moisture, and flux residue without harming electrical or electronic components.

Why Does WD-40 Not Conduct Electricity?

WD-40 is made to work well as an insulator. When it dries, it will leave a fragile film on your electrical component, but this film will not disrupt the electrical connection. So, you can use it on electrical equipment without worrying about breaking it.

Before you use WD-40 on electrical parts, you should always turn it off and let it completely dry before turning it back on.

Can WD-40 Be Used to Spray Electrical Connections?

It dries quickly, doesn’t leave any residue, and removes more than 95% of general surface contaminants. This makes it the best for cleaning electrical contacts and making sure that equipment works at its best. Safe and great for printed circuit boards, controls, battery terminals, switches, precision instruments, and electric panels.

Does WD-40 Cause Damage to Electronic Equipment?

The company says that WD-40 is safe for use on electronics because it is a safe spray that does not conduct electricity. It doesn’t damage electronics, but you need to be careful not to get it inside devices that get too hot because WD-40 can catch fire.

A second problem that could be dangerous is that electronics can sometimes make sparks, which is dangerous because WD-40 is very flammable. So, you might want to be careful about using it on devices like phones and computers that are hard to fix.

Can WD-40 Trigger a Short Circuit?

The presence of aerosol in WD-40 makes the likelihood of a short circuit relatively high. It can also catch fire when it is dry, so if you don’t clean the area where you used the lubricant, it can still start a fire. Even though it doesn’t conduct electricity, you should be careful when using it on devices that can spark.

Also, remember that WD-40 is made from petroleum and shouldn’t be used on vacuum tubes in devices like computers.

The residue can cause complications when heated. It can conduct electricity at high voltages and, at the very least, stinks when it gets warm. As it dries, it will clog up keyboards and anything else that moves. (1, 2)

Can WD-40 Be Used on Electrical Switches?

You can clean electrical switches with WD-40 Contact Cleaner. It doesn’t conduct electricity and gets rid of more than 90% of surface dirt. It dries and leaves no traces. But before using it, you must ensure the switch is off.

WD-40 can get into small, hard-to-reach places to clean and lubricate them. So, using it on electrical switches won’t hurt.