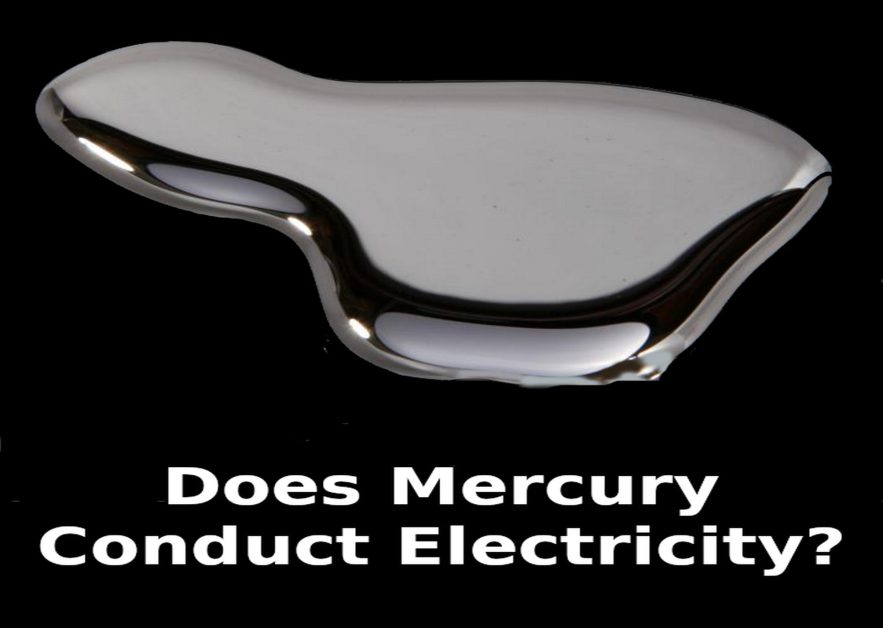 Mercury is commonly found in batteries and various other electrical devices. But does it conduct electricity?

The below will cover mercury’s electrical conductance and some electrical uses of mercury. You will also learn why mercury is not used much anymore.

Mercury (Hg) is a naturally-occurring liquid metal at room temperature. It appears silvery white and shiny. Historically, it was called quicksilver. It attaches strongly to certain materials, and when exposed, it evaporates as an invisible and odorless vapor. The vapor is toxic. Airborne mercury is also dangerous for the environment.

Mercury conducts electricity because it is a metal. All metals are electrical conductors.

What Facilitates Mercury to Conduct Electricity

Like other metals, the electrons in mercury’s atoms are free to move. It has two valence electrons (in its outermost shell) that can dissociate easily to enable the flow of electricity due to their distance from the nucleus of each atom. It conducts electricity when it gives away either one or two of them to form electro-positive ions. The quantity of electric flux per unit cross-section area is also sufficient to support this well.

You might wonder what difference the state of mercury makes to its electrical conductivity, i.e., liquid mercury compared to its solid crystalline state.

As per the perturbation theory, the density of states does not affect the material’s electrical properties [2]. But this only holds true when the free electrons deviate up to a certain extent. Liquid mercury’s nature is such that its electrical conductivity is a little weaker compared to mercury in the solid state.

Mercury in Light Bulbs and Switches

As an electrical conductor, to the fair extent that it conducts electricity, mercury was used in fluorescent light bulbs, light switches, and tilt switches in thermostats to detect fire or control water level. These uses were common in homes until the 1960s. They are not common anymore, except for tilt switches that are still available (see picture below). It was also used in electronics to make relays, but the toxicity concerns have led to mercury-based measuring instruments and devices being phased out in favor of safer alternatives.

Mercury in Cells and Batteries

Mercury was used for longer in low-voltage mercury-oxide cells and batteries before lithium ones became popular [3]. They provided 1.35V, which is lower compared to other types of batteries that operate at 1.5V. They fell out of favor for the same reason toxicity. When dead mercury batteries are discarded, leakages of mercury in the soil and groundwater pose a threat to people’s health and the environment.

The question was whether mercury, which is a metallic liquid at room temperature, conducts electricity or not. We explained that like other metals, it does, but that it is a little less than when it is in solid form, and quite less when compared to other metals. However, due to its toxicity, it is no longer widely used for its electrical properties. Specifically, mercury’s electrical conductivity is 1×106 S/m. The answer is thus settled that mercury does indeed conduct electricity.