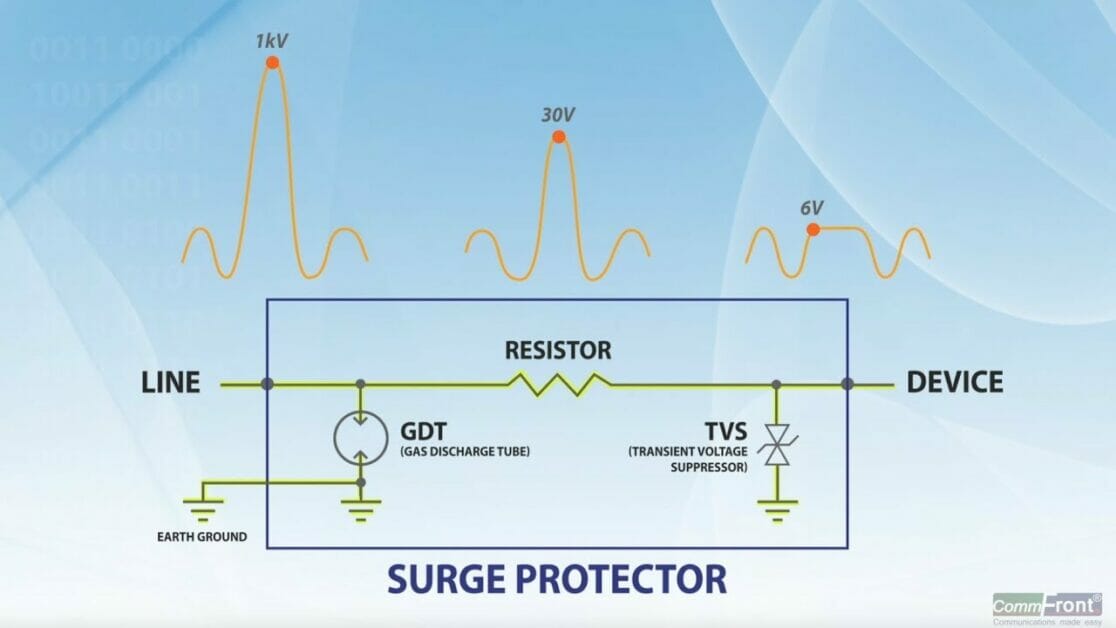 Protecting your home from power outages is important; a common question I get is whether a surge protector will prevent tripping a circuit breaker.

If there were any connection between the two, it would be that a surge protector caused the breaker to trip because it created a short. However, this is highly unlikely, especially since this is the main breaker.

If your main circuit breaker keeps tripping, you have serious problems that need to be looked into immediately by someone who knows about electricity, preferably an electrician with a license.

Either the main breaker is broken, or the total amount of electricity flowing through your home is more than what the wiring can safely handle.

We’ll go into more details below:

Circuit breakers are automatic electrical tools that stop electronic wiring from being harmed by overload or short circuits that cause an available electricity load. These are used to control the flow of electricity after a problem is discovered.

This section will discuss a surge protector’s functions, operation, and connection to other devices.

What Do Surge Protectors Do?

Surge protectors stop the surge from spreading to the devices plugged into the surge protector. They soak up too much voltage in metal oxide varistors, which send it safely to the ground wire so that your electronics don’t get fried.

How Does a Surge Protector Work?

How does it protect against high-voltage power surges? Generally, it distributes electricity along with the source to all electronic devices immediately attached to the power strip. When the voltage is detected to be outside of the allowable range, the protector will route the excessive current through the grounding wire of the source.

Wires that are used for grounding are a component of the earthing system. They are in the same direction as the hot and neutral lines. They provide an alternate path for electrical current if the system of wires typically used to carry electricity is disrupted.

Is a Surge Protector Enough to Prevent a Breaker From Tripping?

You might be interested to know if surge protectors can help prevent circuit breakers from tripping now that you are more familiar with their purpose. Simple Your answer to your question is no.

Surge protectors create a short circuit between the hot and neutral wires to stop dangerously high voltage peaks from happening. On the other hand, a circuit breaker is a tool that controls the flow of electricity across a circuit if it detects an abnormally high current.

The two are connected because a surge protector may induce a short, which may trigger a circuit breaker. This is the primary motivating factor behind their connection. However, this scenario is unlikely, given that this is the primary barrier.

Power surges can occur anytime, and nobody is ever prepared for one. Thus they are necessary.

For instance, plugging a lamp into a surge protector is ineffective because a surge will cause the lamp’s lightbulb to burn out. Surge protection is necessary for expensive, delicate gadgets with complex microprocessors, such as TVs, computers, game consoles, and more.

In short, a surge protector is an excellent accessory for any pricey equipment. A power surge could limit the system’s lifespan, wipe out all the data, or even destroy it if you don’t have a surge protector.

Consider this: Which devices would cause you the most significant trouble if they were lost? These items should be connected to a surge protector. It is preferable to be safe than sorry. A surge protector is always recommended to extend their lifespan when using high-end electronics.

On the other hand, even though employing a surge protector might first seem like a good idea, frequent surges can gradually harm electronic gadgets. Electronics’ lifespan will be shortened without a surge protector, and a more significant power surge can also damage them.

Circuit breakers stop wires from catching fire when too much electricity flows through them. Surge protectors, on the other hand, protect appliances from sudden voltage spikes. They have nothing to do with each other, and neither helps the other.

Will a Power Strip Stop the Circuit Breaker from Tripping?

Most of the time, a power strip won’t stop a breaker from tripping. Using a lot of extension cords and power strips around the house might make it more likely that a circuit breaker will trip. Because of this, limiting how many stripes and cables you use around the house is best.

How Do Surge Protectors Prevent Surges and Spikes?

When the voltage goes above the safe level, the surge protector cuts off the extra voltage, so it doesn’t do any damage. Metal oxide varistors (MOVs) are internal parts that take in different voltage and send it to the ground wire so they can’t reach the connected equipment.

A surge protector must be plugged into an AC outlet that is correctly wired and grounded for it to work. Some surge protectors have LEDs that light up when there might be a problem with the wiring.