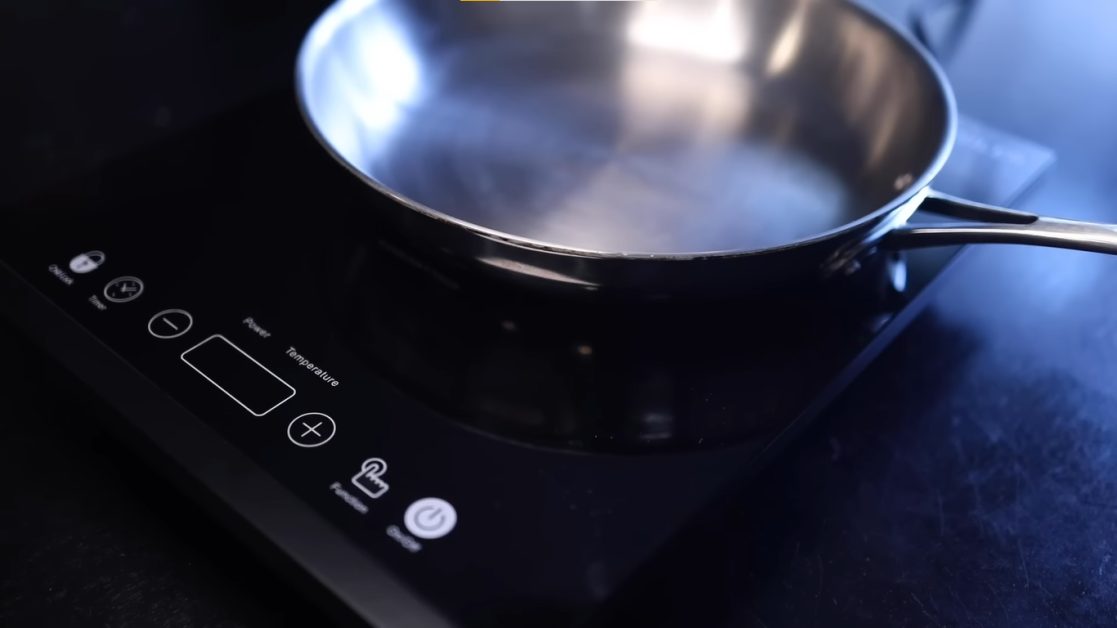 In this article, I’ll cover whether electric stovetops turn off automatically and what safety mechanisms they use to accomplish this.

In general, most electric stovetops can automatically turn off because of built-in safety features. The condition of the stove’s internal system is constantly monitored by its built-in sensors. It looks for four things: the internal temperature, cooking time, voltage fluctuations, and cookware presence. These sensors will trip and automatically turn off the stove if it detects anything out of place.

Understand more about the safety features of your electric stove by reading below.

New electric stove tops have sensors and other security features built into their systems. But before we start talking about these, I need to preface with a warning. Every model is different, and we are talking more about current models and how they work. You need to search for the manual for the exact stove model. You have to be sure these features apply. Below we will cover the general outlook of newer models and these technologies, but to be safe, you need to know about your specific model.

These features are designed to keep the user safe while using induction cooking. The electric stove monitors for potential dangers such as rising voltage and prolonged usage. It will automatically turn off when it detects those dangers. By consulting the user manual, electric stove owners can learn more about their chosen model’s safety features.

Most electric stoves monitor for the following hazards:

Electric stoves are prone to internal damage when constantly exposed to high temperatures.

It’s absurd to think that a device that produces heat can break from being too hot, but this is the case for all electronics. Heat is produced when electricity is used to power up a device. Too much heat will damage the components inside the device. You can compare this process to using a smartphone. A smartphone’s battery heats up whenever the electricity stored inside is used. This wears down the battery until it needs to be replaced.

For induction cookers, they use electricity to heat their internal system and transfer that heat to the cooking top.

Induction cookers are built to withstand prolonged exposure to high temperatures. Still, they have their limits. The sensors in the internal system monitor for high internal temperature and start to shut off before excess heat damages the system automatically.

The electric stove will automatically turn off once this maximum cooking time is reached. You’ll have to turn it on manually, which will also reset the timer. This avoids overheating the stove and the pots or pans on top of it.

Cooking time is usually monitored in tandem with the internal temperature.

In rare cases, the electric stove cannot properly monitor its internal temperature. This may be due to issues with the fan or heat sensors. Cooking time settings are added as another layer of protection in case this happens.

An electric stove builds up the heat the longer it is in use. It will automatically turn off when the system detects that its on high heat or power for a certain period.

Voltage fluctuation is when the electricity received by a device doesn’t match its required voltage. This usually happens when your device’s voltage requirement differs from your utility company’s voltage distribution. Using more electricity than recommended can cause a device’s circuit breaker to overload.

Electric stoves avoid circuit overload by using an internal trip on its circuit breaker. The trip will open up when the internal system can no longer handle the amount of electricity it’s receiving. This will shut off the electric stove’s power supply and prompt automatic shutoff.

Presence of Cookware on the Stove Top

Only some electric stoves have cookware detection since it’s a newer safety feature.

Electric stoves can automatically shut off when it doesn’t detect any pot or pans on their surface for a certain amount of time. Most models have a time limit of 30 to 60 seconds. The timer resets every time you place then remove any cookware on its surface.

Suppose you’re using an aluminum-clad stainless steel pan, but your electric stove suddenly turns off. This might be because your pan is not aligned with the ring zone of the stove’s surface. The pan will not be detected, and start the shutoff timer.

Ensure your cookware is the right size and properly placed to avoid disruptions during induction cooking.

Additional accessories are available for appliances and electric stoves without an automatic shutoff feature.

A good way to determine whether your electric stove has an automatic shutoff is to look for a digital clock. Older models, especially those made before 1995, typically don’t have these features.

To make up for this, safety accessories are available to make your electric stove safer.

Timer switches shut off the electric stove once it reaches the set alarm.

Suppose you’re cooking something on the stove and accidentally fall asleep while waiting. A timer switch will turn off the stove once enough time has passed. This prevents the food from burning and causing kitchen fires.

You must manually set the timer switch to activate at a certain time. It can be set to turn the electric stove off after 4 or 12 hours have passed. However, note that the timer switch does not automatically reset after the alarm goes off.

A stove guard is an improved version of the timer switch.

It includes most, if not all, of the safety features found on newer electric stoves. It senses whether the stove has been running for too long and if no one is near the stove. Some stove guard models even have motion detection, which turns off the burners after some time.

Stove guards are plugged into an outlet and connected to the electric stove. You can find any additional installation requirements in the user manual.

The Dangers of Leaving Electric Stoves On

Electric stoves can overheat and catch on fire.

Electric stoves produce heat from within their system. Too much heat inside the system, especially if there isn’t any exhaust, can cause internal components to catch fire. High internal temperatures and circuit overload generally cause electric stove fires.

Fires caused by electric stoves will not cause carbon monoxide poisoning. [1]

Any carbon monoxide produced is caused by fuel burning. An electric stove doesn’t use gas to function, so no carbon monoxide is produced if it accidentally catches on fire. Still, it’s important to open the windows to release the smoke and avoid inhaling it.

You can rest assured that electric stoves will never cause carbon monoxide incidents.

The chances of cookware left on an electric stove catching on fire are little to none.

Purely metallic cookware will not catch on fire. However, cookware with special coating may melt or chip off if exposed to high temperatures for long periods. The removed coating may catch fire, but the pan will only heat up and burn.

The safety features in electric stoves minimize the risk of them catching on fire.

The electric stove constantly monitors for anything that might negatively affect its operations. It turns off automatically once its sensors detect any potential dangers. Aside from the safety functions, the electric stove saves energy by turning itself off when used for too long.

Electric stoves are incredibly safe to use for any household.