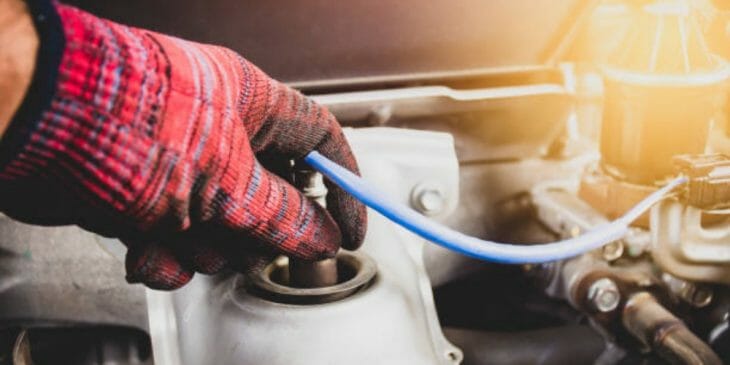 The O2 sensor, aka the oxygen sensor, is a small device with a sensor tip that is put into the exhaust pipe to measure the oxygen ratio in the exhaust emissions.

Its main role is to bring down the number of harmful gases being released into the environment, and that is done by measuring the number of unburned oxygen exiting the system. If it turns out the fuel mixture has little or excess oxygen, the engine burns lean, and this data is important to the control unit system (ECU) in controlling the fuel-oxygen ratio.

In General, if You Want to Know How To Test the O2 Sensor with A Multimeter, Then All You Need to Do Is:

When trying to test an oxygen sensor, it is always a good idea to know your car’s type of oxygen sensor. The most common ones found have between one and five wires linking them to the rest of the vehicle, and a good thing to do is to identify the type before you start testing it.

Wideband Zirconia sensors, mostly called wideband sensors, are among the most common. They have four electronic connections, among which one pair of connections is their output signal.

The location of the oxygen sensor is also extremely important and can be found in one of two spots along with the engine exhaust.

If you want to know how to check O2 sensors with a Multimeter using a signal wires test, then what you need to do is as follows:

You should note that if any of your readings using heater wires or signal wires are not similar to the readings above, then you have bad sensors, and you should get the oxygen sensors diagnosed and repaired because bad sensors are not good for the fuel ratio of the combustion chamber of your car. (1)

Why a Multimeter is Best if the Scan Tool Fails

The scan tool is useful in showing you the performance of your O2 upstream sensor, and it is done by running your engine at 2,000 RPM and observing the oxygen sensor voltage.

If the O2 sensor is in good condition, then the sensor will react to the oxygen content and change volts quickly. The steps for using a scan tool are as follows: –

After these various steps,, if the scan tool fails,, then the best option is a Multimeter which will help you test both upstream and downstream oxygen sensors efficiently and precisely.

There are certain steps you need to be aware of if you want to know how to test an oxygen sensor with a Multimeter and these steps are as follows:

Certain signs will tell you if there is something wrong with your oxygen sensor wires, which could be a reduction in gas mileage, bad odor from the exhaust pipe, the starter getting hard, the engine light turning on, and the car engine can make a rough idling.

That is why it is important to know how to test an oxygen sensor with a multimeter because after testing,, you will know whether you have a bad or good sensor that you can fix immediately.

Before you go, you may want to check the list of other multimeter learning guides below. Until our next article!