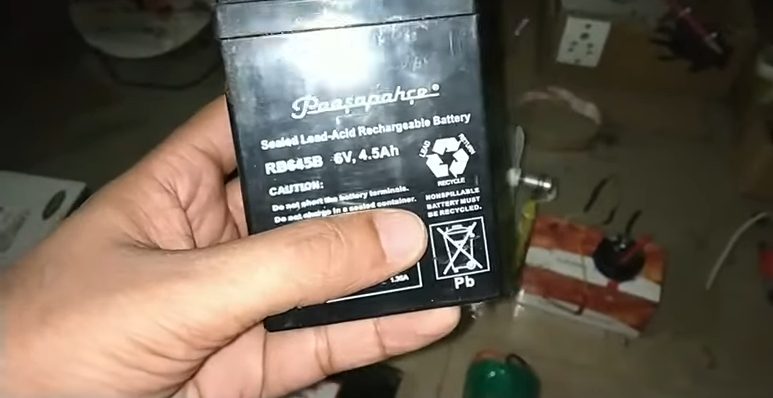 Do you have a 6V battery and don’t know how to charge it, what charger to use, or how long it will take? By the end of this guide, you’ll have all the answers.

As an electrician, I have a few tips for connecting chargers and battery terminals to charge 6V batteries correctly. Some vehicles and other devices still depend on 6V batteries, despite new or higher voltage batteries flooding the market in recent years. The 6V batteries generate much smaller amperages (2.5) than 12V or higher batteries. Charging a 6V inappropriately can cause fires and other damages.

The process of charging a 6V battery is pretty straightforward:

Step 1: Move the Battery Close to The Power Outlet

Place the battery charger close to the front of the car and the electrical outlet. That way, you can comfortably connect the battery to a charger, especially if your cables are short.

Step 2: Connect the Battery to the Charger

Since we are dealing with a 6V battery, the voltage switch must be set to 6V. It must correspond to the battery’s capacity.

After that, plug the power cord into a power outlet close to the car & battery. You can now flip the charger switch back on.

Observe the charger gauge on the 6V battery as it charges. Do this occasionally. Most charger gauges have a needle that sweeps through a charging scale, and some have a series of indicator lights glowing from red to green.

When the needle registers fully charged, or if the lights glow green, charging is complete. Turn off the power and extract the cable clips on the battery, and clamp on the metal frame or the engine block.

Finally, unplug the charger cord from the power outlet and secure it somewhere safe. Install the battery in the car and start your vehicle.

Notes: When charging a 6V battery, don’t use chargers designed for 12V or some other voltage battery; use a charger specifically designed for a 6V battery. They are available in most auto parts stores or online marketplaces like Amazon. A different charger can ruin your battery.

Never attempt to charge a damaged or leaking battery. It can cause fire and explosions. That can result in severe injuries to the operator. Consult a professional if you are worried your using the wrong voltages or charger to avoid issues.

Also, do not interchange the positive and negative posts by connecting the negative cable of the charger to the positive post or vice versa. Before you turn on the power, always verify that the connections are proper.

How Long It Takes to Charge a 6 Volts Battery

Several factors matter, like the type of charger you use, the ambient temperature, and the age of your battery.

Old 6V batteries or those with extended shelf lives will take longer to charge. I recommend using slow chargers to charge such (old) batteries to avoid ruining them.

For these batteries, the charging process is somewhat different.

It doesn’t matter which type of 6V battery you have, the process is easy, and the variation is slight but not negligible. So, follow each step accurately and use an appropriate charger.

How to Charge 6V Batteries in Series

Charging a 6V battery in series is not a big deal. But still, I get this question quite often.

Why Would You Charge Batteries in Series?

Charging batteries in series allows you to charge or recharge multiple batteries simultaneously. As aforesaid, the batteries will charge evenly, and there is no risk of one (battery) overcharging or undercharging.

This is a helpful technique, especially if you need the batteries for equipment (a car or boat) that consumes more power.

Additionally, you will save a lot of time charging the batteries in series than if you charged each (battery) at a time.

How Many Amps Do 6V Batterys Produce?

I get this question frequently. The amperage of a 6V battery is very low, 2.5 amps. So, the battery will produce little power when employed in a car or an electrical device. Therefore, 6V batteries are rarely used in high-powered machines or devices.

To compute the amps of a battery with any voltage, use this simple formula:

In that vein, we can also see clearly that the wattage of a 6V battery can be computed easily from the formula (power or wattage = voltage × Ah). For a 6V battery, we get

That means that a 6V battery can generate 600 W in one hour.

How Many Watts Does it Take a 6v to Charge?

Can I Charge a 6v Battery with a 5v Charger?

How Do You Charge a 6v Flashlight Battery?

You can charge a 6V flashlight battery with a standard 6V charger. Connect the (+) and (-) terminals lead of the charger to the appropriate terminals on the 6V battery. Wait until the battery is full (green indicator light) and extract it.

What Is the Capacity of a 6v Battery?

A 6V battery can store and deliver 6 volts of electrical power. It is usually measured in Ah (amp-hours). A 6V battery typically has a capacity of 2 to 3 Ah. So, it can generate 2 to 3 amps of electrical energy (current) in one hour – 1 amp for 2 to 3 hours. (2)

Can You Charge a 6v Battery with a 12v Charger?

Yes, you can do that, especially if you don’t have a 6V charger and you happen to have a 6V battery.