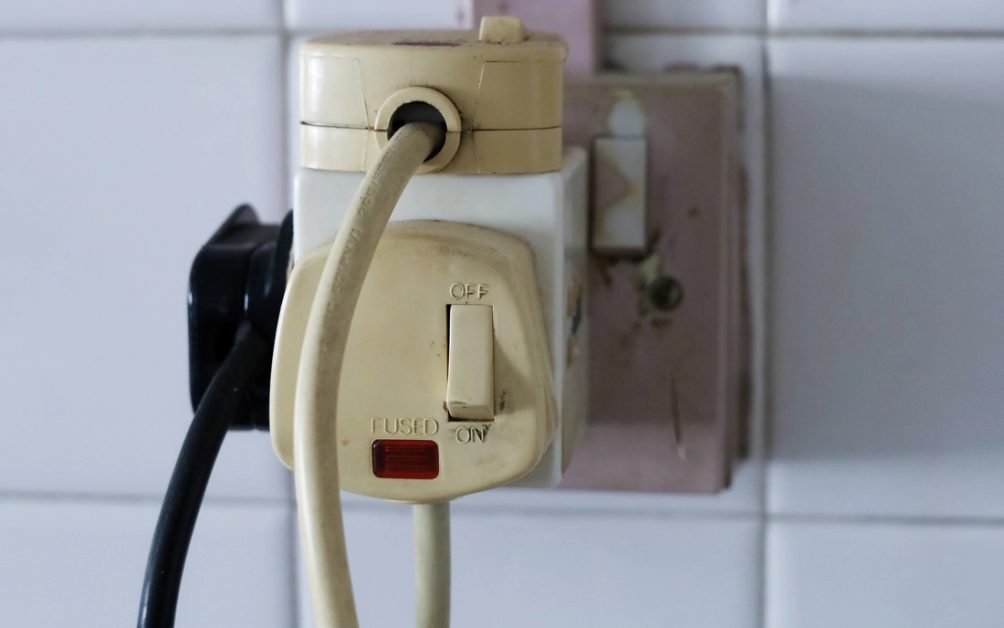 Microwave ovens are notorious for causing power outages by tripping circuit breakers, but what’s the reason for this?

Circuit breakers are designed to trip and disconnect the appliance from the electricity supply when a certain threshold current is reached for which the breaker is rated. This action is meant to protect the appliance from the current getting dangerously high and damaging it. However, you will need to investigate if it happens frequently or soon after turning the microwave on.

This article covers common reasons why this might happen.

Usually, it’s due to a problem at the main panel with the breaker or the circuit overloads with too many appliances being used together. Still, there are also several possible faults with the microwave oven itself, which can develop over time.

Reasons Why Microwaves Trip a Breaker

There are several possible reasons why a microwave might be tripping a breaker. I’ve divided them by site or location.

In most cases, and especially if the microwave is new, the reason might not be with the appliance itself but due to a problem with the circuit breaker or overloading the circuit. So we’ll explain these first before moving on to check the appliance.

Likely Causes of the Breaker Tripping

A Problem at the Main Panel

A faulty circuit breaker is often the reason for misleading people into thinking that their microwave has malfunctioned.

If there is no issue with the electrical supply and no power outage, you can suspect the circuit breaker is faulty, especially if it has been used for a long time. But why would a circuit breaker designed to protect your appliance from high currents fail to work?

Although generally sturdy, a circuit breaker can fail from old age, frequent sudden power outages, unexpected massive current overflows, etc. Was there a high power surge or storm recently? Sooner or later, you will have to replace the circuit breaker anyway.

A Problem in the Circuit

If there is any sign of damage to the power cord or you see a melted socket, it could be the cause of the breaker tripping.

Also, it’s best never to overload a circuit beyond its capacity. Otherwise, the breaker on that circuit will most likely trip. Overloading a circuit is the most common reason for a circuit breaker tripping.

A microwave oven typically consumes 800 to 1,200 watts of electrical power. It normally requires 10-12 amps for operation (if the voltage supply is 120 V) and a circuit breaker of 20 amps (factor of 1.8). This circuit breaker should be the only appliance on the circuit, and no other appliance should be used simultaneously.

Without a dedicated circuit for the microwave and multiple appliances in use simultaneously on the same circuit, you can be sure that this is the reason for the breaker tripping. If this is not the case and the breaker, circuit, cable, and socket are fine, then take a closer look at the microwave.

A Problem with the Microwave

Some microwave parts can cause a short circuit and trip the breaker.

A fault with the microwave can develop over time depending on how high or low quality its parts are, how regularly it is maintained, and how old it is. It can also happen due to poor usage.

Here are the main causes of a breaker tripping if the problem is within the microwave itself:

This article covered common reasons why a microwave oven might frequently be tripping the circuit breaker present on its circuit to protect it from high currents.

Usually, the problem is due to the breaker being faulty, so you should check the breaker at the main panel. Another common cause is when the circuit is overloaded with too many appliances being used together or else damage to the cord or socket. If none of this is the reason, several parts of the microwave can develop a fault, causing the breaker to trip. We mentioned the possible reasons above.

Solutions to Fix a Tripping Breaker