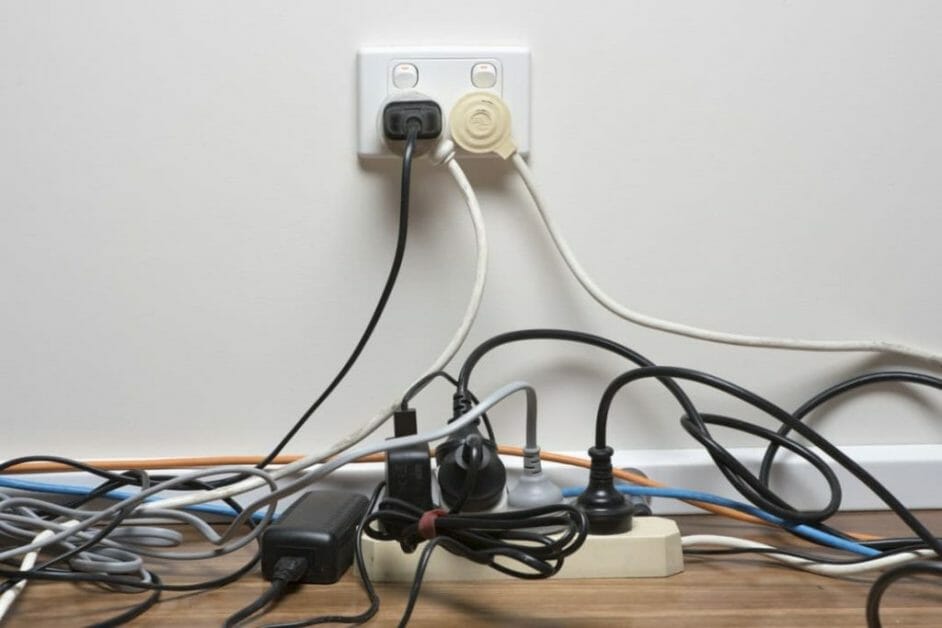 Overloading an electrical circuit can result in dangerous sparks and even a fire.

Here are three Warning signs of an overloaded electrical circuit:

We’ll go into more detail below:

An overloaded electrical circuit can result in issues like blown fuses, tripped breakers, and fire risks because too much power flows through one area of the circuit or something in the circuit blocks the flow of electricity.

When too many items are running on one circuit, overload occurs because there is a greater demand for electricity than the circuit can safely handle. A circuit breaker will trip, cutting off the power supply to the circuit, if the load on the circuit exceeds the load for which it was intended.

But more things than ever before are being plugged in due to our growing dependence on technology, particularly cell phones and other electronics. Unfortunately, that increases the likelihood that a circuit may be overloaded and a fire will break out in your house.

How Do Overloads in Electrical Circuits Work?

Each operating gadget adds to the circuit’s overall LOAD by using electricity. The circuit breaker trips when the rated load for the circuit wiring is exceeded, cutting off electricity to the entire circuit.

In the absence of a circuit breaker, an overload would cause the wiring to heat up, melt the wire insulation, and start a fire. The load ratings of various circuits vary, allowing specific circuits to produce more electricity than others.

Nothing can stop us from plugging in too many devices on the same circuit, even if home electrical systems are made to accommodate regular household consumption.

When you manually turn on or off your lights, they can flicker, which could mean that your circuit is overloaded.

If a light bulb burns out in a different room, that excess current might lead to issues with other electronics, which might also mean a problem with another appliance in your home. If you see flickering in your house, check for burned-out bulbs.

An overloaded circuit may also emit unusual sounds like crackling or popping, typically caused by arcing in the wires and insulation failure in electrical appliances. Turn off the power to any item of equipment making sizzling noises immediately since it may be a sign that something is on fire inside of it.

Burning Smells from Outlets or Switches

When you smell burnt electrical in your home, a problem is present. A mix of plastic melting and heat, and sometimes a “fishy smell,” characterizes the scent of electrical burning. It denotes the likelihood of a short fire because the wires are melting.

If you can locate the circuit, turn it off. If not, turn off all of your power until you can. The excessive heat produced by wiring too many devices leads to its occurrence.

How to Avoid an Overloaded Electrical Circuit Board?

What Leads to a Circuit Being Overloaded?

Electrical systems in homes are designed for typical household usage. However, issues might occur if too many appliances are plugged into one circuit simultaneously. Attaching more devices to wall outlets or extension wires is a different problem.

But the wrong kind of breaker or fuse can render this safety feature ineffective, so it’s strongly advised to prioritize safety to avoid overloads in the first place.

Call a certified electrician immediately if you see any warning signs in your house. The efficient operation of your home’s electrical system is therefore vital.

You may quickly solve these issues and restore things to regular operation with routine inspections from an electrician or a do-it-yourself test from your neighborhood hardware shop.