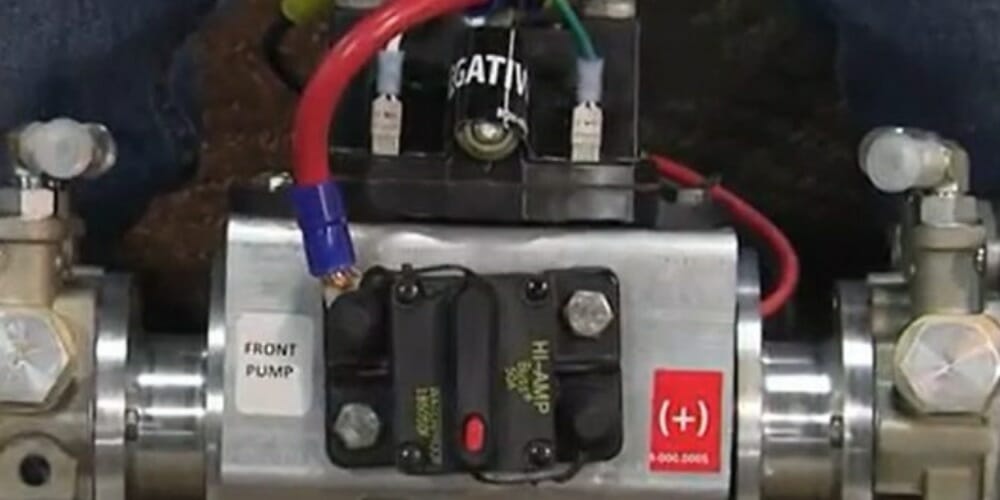 How Does a Trolling Motor Work

The system of the motor mainly includes:

It can be controlled manually or wirelessly.

Its electrical system operates with bi-blades that respond to thermal energy. While electric current runs through the system, the moving electrons produce heat. The heat bends the metal strips.

The breaker trips once the metal stripes have bent enough. You should note that it cannot be reset until those stripes cool down.

For the trolling motor to work, it needs to connect to a battery.

To connect the motor to the battery, one must choose the correct wire sizes based on the American Wire Gauge (AWG) unit. The negative pole of the battery should connect to the breaker.

If the wiring is not correctly set or a power surge emerges, the breaker trips, preventing most of the electrical damages that can emerge.

Breaker tripping is not uncommon. The common reasons behind the breaker’s tripping are:

Remember that once the breaker trips, it becomes much more likely to trip again soon at lower voltage points.

Manual Reset of the Circuit Breaker

The simplest case is for the breaker to trip while not being damaged.

The best step is to power off the system.

This action will allow you to inspect the electrical system without the electrocution hazard. Once you have deactivated the battery, you can proceed to the next step.

Every breaker device has a reset button.

This button resets the breaker to its original state but will not automatically activate the system. However, it allows, after the third step, the electric current to flow around the system again.

You will most likely find it on the back of the device.

3. Search for the Lever That Popped Out

Once you have pressed the reset button, a lever near the switch will pop out.

Remember that the lever might pop during the transportation of the device. In that case, you need to reset the lever to its original place.

When the lever is in place, you can turn on the system.

If the battery operates the trolling motor, you know nothing else is needed.

If the battery doesn’t activate the device, you might have a faulty breaker and need to replace it.