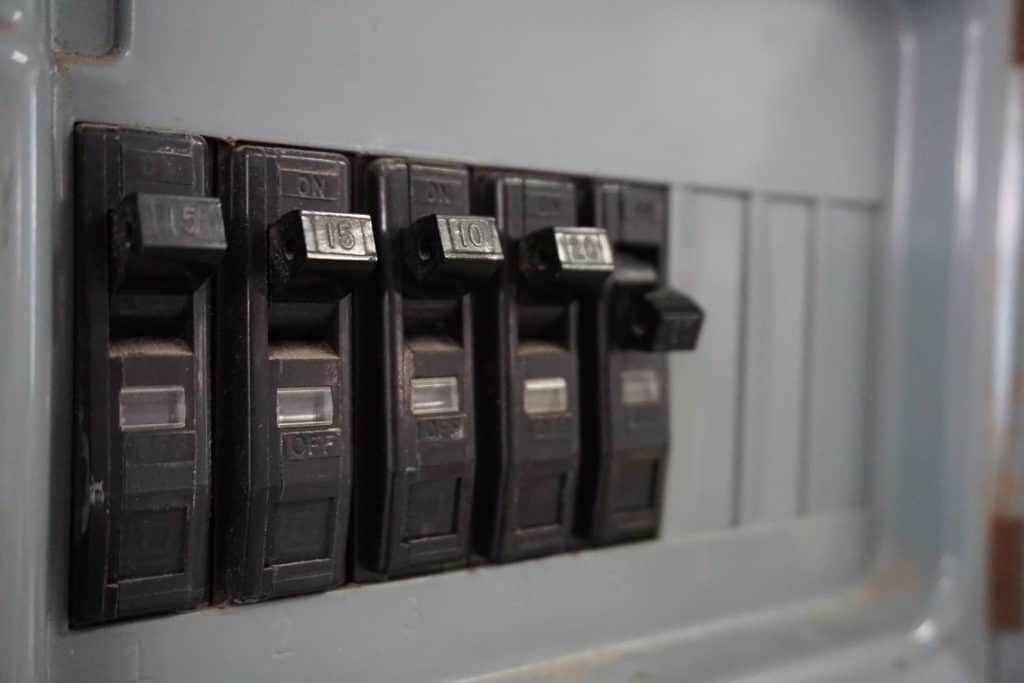 When it comes to wiring in your home, you want to guarantee that you have the correct number of outlets and breakers. Here’s how many amps your 15 AMP breaker should carry.

This 80% rule is in the National Electrical Code (NEC) and applies to a continuous load. This is a load that stays the same for 3 hours or more. Your circuit breaker can be used up to 100% of the time, but only for a short time.

What is the Purpose of Limiting the Number of Outlets on a Circuit Breaker?

Use different breakers for each part of your home to stop this from happening. Depending on how much power you think each room will need, you can use a 15- or 20-amp circuit breaker with the recommended wire size.

How Many Outlets Can You Have on a Circuit?

The NEC only lets a circuit run at the total capacity of the circuit breaker sometimes. This is because having this much current going through the wiring all the time can be dangerous.

Running at total capacity will heat the wiring in the circuit, which could lead to the insulation around the wires melting or becoming damaged. This can lead to short circuits, which can start fires or give you an electric shock that could kill you.

You can run your circuits at the maximum capacity of the circuit breaker for short amounts of time. Most of the time, the NEC says a short time is three hours or less. If it’s longer than that, you’re breaking the electrical code and putting your home and family in danger.

Another reason the limit is 80% of the circuit breaker’s total capacity is that the NEC considers people who overload electrical outlets to power more things from a single outlet.

Using the formula below, you can figure out how many outlets you can have on a 15 Amp circuit without exceeding the 80% load limit.

Some people who make multi-plugs or extender plugs put safety features in them, but others don’t. These plugs can overload a circuit and break the electrical code by constantly sending more current through the circuit breaker than the 80% limit.

How to Know You’re Overloading the Circuit?

Besides the unmistakable sign of a 15-amp circuit breaker that trips often, how do you know if you overload the circuit by running too many devices simultaneously?

Simple math can help you figure out the answer. Watts divided by Volts gives the unit Amps. Most homes run on 120-volt AC, so we know the voltage. Use the following equation to figure out how many Watts we should be able to run on the circuit.

With this formula, we can determine how many watts a single circuit can handle. But we can only use up to 80% of what the circuit breaker can handle. You can figure this out by:

Our calculations show that 1440 Watts is the most power that can be used on the circuit for a long time. If you add the watts of everything plugged into each outlet on the circuit, the total should be less than 1440-Watts.

The same rules can be used to figure out how to calculate a 20-Amp circuit. A 20-Amp circuit is rated to handle more current than a 15-Amp one.

The same 80% of the circuit breaker’s maximum capacity applies to the 20-Amp circuit, so ten outlets are the most that can be on this circuit. So, a circuit with 20 Amps can have more outlets than 15 Amps.

Using the same rule of thumb that says there should be one outlet for every 1.5 Amps the circuit breaker can handle, you can come to the following conclusions:

Can Lights and Outlets Be on The Same Circuit?

Technically, you can put lights and outlets on the same circuit. The circuit breaker doesn’t know the difference between outlets and light fixtures; it only looks at how much electricity is used.

Even though you can add light fixtures to an outlet circuit, it is usually not a good idea for the safety and organization of the circuit breaker panel. It could be dangerous if you don’t know which plugs and lights are on which circuit.

For this reason, most houses are wired so that outlets are on one circuit and light fixtures are on a different circuit.

Sometimes, it is against the NEC to have plugs and lights on the same circuit. For example, in bathrooms and for small kitchen appliances that plug into outlets above the counter.

You can wire lights to an outlet circuit, but before you do so, you should check the National Electrical Code (NEC) and the rules in your area. As was already said, this practice has some limits, depending on the room where you want to do it.

Mixing outlets and lights is not recommended because it makes the wiring system more complicated than it needs to be.

There is no hard and fast rule about how many outlets you can put on a 15 amp circuit, but you should only plug in 1440 watts of power at a time.

Again, 1.5 amps per outlet is a good rule of thumb. However, you should stop at 80% of the total amperage of the circuit breaker so that the breaker stays on track. With 15 amps, we suggest at most 8 outlets.