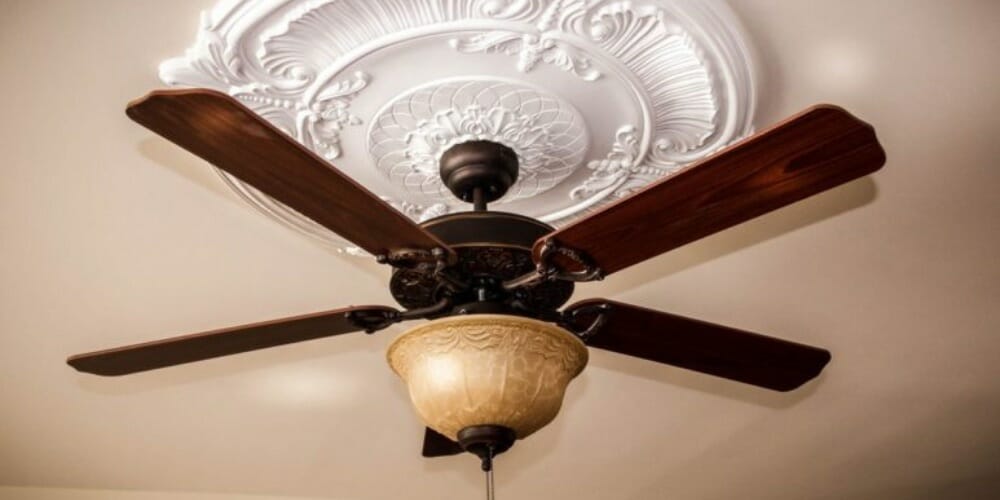 A general-purpose residential circuit uses a 15-amp circuit breaker, but how many ceiling fans can you run simultaneously?

It’s not difficult to calculate the upper limit of your circuit breaker with a little math. I’ll show you the procedure for working out how many ceiling fans a 15-amp circuit can support and give you more related information.

The calculation shows that on a 120V power supply, you can theoretically run up to 20 ceiling fans together, where each fan is rated equally at 70 watts. The number of ceiling fans you can run simultaneously depends on the voltage level, wattage, speed setting, efficiency, and other appliances on the same circuit. As long as the total power does not exceed 1,440 watts, you can safely run multiple ceiling fans at the same time.

Enter the current limit and the power of each ceiling fan:

A typical ceiling fan requires about 70 to 80 watts unless it is an inverter type, in which case it can operate on around 30 to 40 watts. The rotation speed of a ceiling fan can give a rough indication of the power consumption, whether higher or lower than the average.

Assuming you will use the circuit dedicated only to ceiling fans, with no additional appliances on it, and each fan operates at 70 watts, we will calculate the maximum number of fans you can have running simultaneously on that circuit.

We will also apply the ‘80% rule’, which does not use more than 80% of the breaker’s capacity.

Here is the calculation:

On a 15-amp circuit, you can use up to 20 ceiling fans simultaneously, where each fan operates at 70 watts.

If you have additional appliances wired on the same circuit, you will have to run fewer fans, depending on the power consumption of those appliances.

You can run all of them together if the total power consumption does not exceed 1,440 watts.

The following are the key factors to consider to determine how many fans you can run on a circuit of any size:

Is it safe to run a ceiling fan on a 15-amp circuit?

How many amps does a ceiling fan operate on?

The size and speed of a ceiling fan can tell us how many amps it will likely use. Usually, a ceiling fan runs on less than one amp. The actual current draw depends on the speed setting. If the ceiling fan is on a low setting, it will use less power than on a medium or high setting, and vice versa.

Here is an example so that you can have a better understanding of how this works:

What size breaker does a ceiling fan need?

As mentioned above about the low power requirement of ceiling fans, you can see that they will also run on low currents. So a standard 15-amp breaker is sufficient because ceiling fans require much less electrical power to run.

Can we use multiple ceiling fans on the same circuit?

Ceiling fans use little electrical power, so they do not need a dedicated circuit. Therefore, multiple fans can be used on the same standard 15-amp circuit without risk as long as the circuit is not overloaded. I showed a calculation above for how many it is possible to run concurrently.