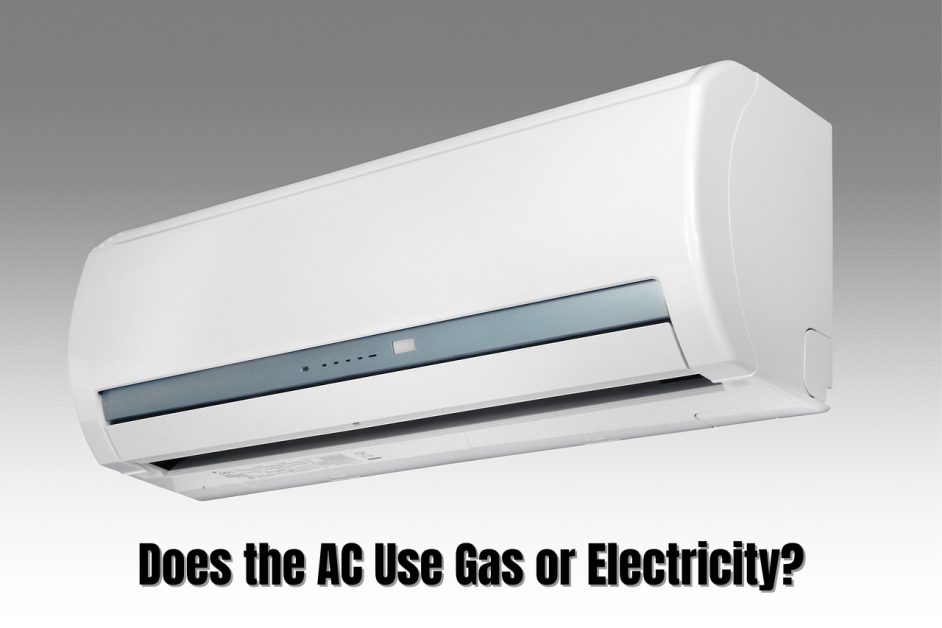 Central air conditioning systems come in many different brands, models, and types. Each model has its features and ratings for how well it uses energy.

But there is one thing that all Central Air conditioners have in common: they all run on electricity. However, they also use a gas known as Freon gas that is used as a refrigerant in air conditioning.

The refrigerant warms up and evaporates. It goes into the compressor, which starts the cycle over again. All air conditioner parts are powered by electricity. There are no air conditioners that run on natural gas.

We’ll go into more details below.

How an Air Conditioner Works?

First, let’s talk about how the air conditioner works. An air conditioner uses the fact that certain chemicals, called refrigerants, can easily change state when the pressure changes. These changes allow the liquid’s temperature to change.

Here’s a detailed look at how it works. The refrigerant is put under pressure by a compressor. The refrigerant changes into a hot, dense gas when the pressure goes up. The heat from the condenser coils spreads out, making the gas a liquid.

The liquid goes through an expansion valve, which lowers the pressure of the liquid. When this happens, the liquid’s temperature also drops. This turns cold into a coil. A fan pushes air over these coils, which cools the air. The coolant heats up and evaporates. It goes into the compressor, which starts the cycle over again.

What Kind of Gas Does AC Use?

The only refrigerant gases that matter for an air conditioner are these two. If somehow the AC runs out of it, it won’t work anymore.

There are refrigerants inside a sealed system. It runs all the time through the air conditioner to keep you cool. Usually, only when there’s a leak will you need to get more.

How Much Electricity Does Air Conditioning Use?

In most homes, air conditioners are a necessary piece of equipment. In the summer, cold air is pumped about the house to cool it. Knowing how much electricity air conditioners use helps determine your energy budget.

Do Air Conditioners Use More Electricity than Fans?

An air conditioner uses 5–9 times more electricity than a fan. The exact number depends on the size and model, but this can be said about almost all of them.

Even on the lowest setting, an air conditioner uses a lot of electricity to cool the air, while all you have to do to cool the air with a fan is spinning a blade. If you want to know how much you’ll save in your own home, you can use an energy meter to figure it out.

A 2.5-ton central air conditioner costs one-third more to run than a window unit that cools at the same time. On the other hand, the size of your home will tell you which cooling system is best for you and your family.

Standard desktops or standing fans are always cheaper to run than air conditioners, even if they are energy star products because they use much less energy to work.

Can I Use Solar Power to Run My Air Conditioner?

Can You Run an Air Conditioner without Gas?