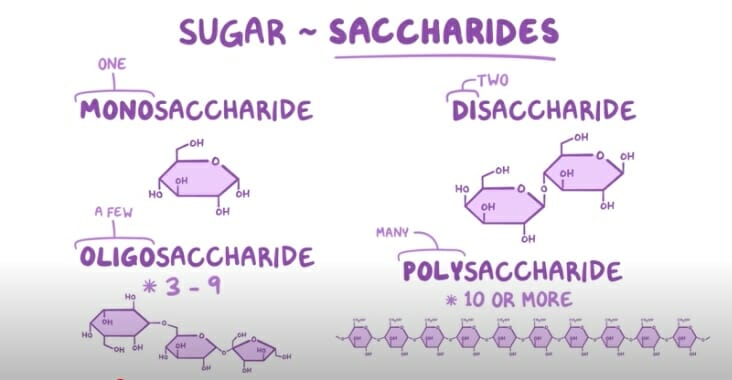 Sucrose is held together by a covalent bond. Its components are neutral sugar molecules that have no electrical charge. Sucrose will not conduct electricity in its solid or liquid form. Instead, sucrose is carried in the body’s cells, which will be used as energy or stored as fat.

Continue reading below to discover more about sucrose and its effect on the body.

Sucrose is a covalent molecule. The glucose and fructose components of sucrose are held together by a covalent bond. This means one or more pairs of electrons are shared between the two components. This bond is also observed in water (H2O) and acetic acids.

Molecules need to be ionized to conduct electric currents.

Ions are atoms or molecules that naturally conduct electric currents. An example of a compound containing ions is Sodium chloride (salt), a weak electrolyte solution. This weak electrolyte will conduct electricity when it is dissolved in water. That’s because Sodium chloride is held together by an ionic bond. The ions in the solid will separate and disperse all over the aqueous solution.

Sucrose does not conduct electricity since it is held together by a covalent bond.

In the case of sucrose, it does not ionize when dissolved in aqueous solutions. Sucrose is composed of neutral sugar molecules (in this case, glucose and fructose). These molecules do not possess an electrical charge. Sucrose will not conduct electricity in its natural or dissolved form.

Sucrose is popularly known as table sugar and granulated sugar.

Sucrose is also a special type of carbohydrate.

Carbohydrates are molecules that the body can convert into energy. The body breaks down carbohydrates into glucose to be used by the cells for energy. Excess glucose is temporarily stored as fat. Sucrose is a “simple carbohydrate” since it is naturally made of glucose. A teaspoon of sucrose (or table sugar) is equivalent to 4 grams of carbohydrates.

Sucrose is a simple carbohydrate made from sugar molecules (glucose and fructose) held together by a covalent bond.

Sources and Production of Sucrose

Sucrose is commonly known by its common name, table sugar. Sucrose is a naturally occurring sugar in fruits, vegetables, and nuts. Take note that there are many other kinds of sugars than just sucrose. For example, tomatoes contain glucose and fructose but not sucrose. At the same time, the sugar content of sweet peas is entirely composed of sucrose.

Sucrose is commercially produced from sugar beets and sugar cane.

Sucrose is produced by placing these crops in hot water and extracting sugar syrup from them. This syrup is refined through a multistep process until the sucrose is isolated and crystallized into regular table sugar. This type of sucrose is called added sugar.

Sucrose has more uses than just providing additional sweetness to food and beverages.

The sugar provided by sucrose is used to provide structure and texture in baked goods. Sucrose is an alternative type of preservative commonly used in jams and jellies. Furthermore, it is used to stabilize emulsions and provide flavor.

Effect of Sucrose on the Body

Now that we answered the question of does sucrose conducts electricity, the next question is, what does sucrose do to our bodies?

Sucrose will always be broken down into glucose and fructose by our bodies. The glucose enters the bloodstream, which will start the release of insulin. Insulin helps deliver glucose into the cells, which will be used for energy or stored as fat. Meanwhile, fructose is metabolized by the liver and intestines.

It is nearly impossible to avoid eating foods with sucrose.

Sucrose is present in healthy foods like vegetables and fruits. It is also found in dishes and drinks made with table sugar. On a molecular level, there is no difference between natural and artificial sources of sucrose. The main reason natural sources are preferred is that they come with additional fiber and nutrients that slow down glucose absorption in the body.

Consuming small amounts of sucrose is unlikely to have a significant negative impact on our bodies. However, consuming excess sucrose as added sugar can adversely affect our bodies.

Effect of Sucrose on Health

Sucrose provides the body with energy to perform physical and mental functions.

Sucrose is an integral part of a person’s diet. Many fruits and vegetables are filled with sucrose and other key nutrients that the body needs. Sucrose is a source of energy that the cells use to perform many crucial functions.

Sucrose’s negative effects on health are generally caused by too much fructose.

Recall that the body breaks down sucrose into glucose and fructose. Cells cannot use fructose as a source of energy. Instead, fructose is sent to the liver to be metabolized. The liver releases special enzymes to break down fructose. If too much fructose is consumed, the liver will start turning the sugar into fat. Although sucrose is only composed of 50% fructose, this amount is large enough to prompt fatty acid production in the liver.

It is important to monitor the amount of sucrose you consume. By doing so, you’re maximizing the health benefits brought by sucrose while minimizing the negative effects it can bring.

The World Health Organization (WHO) recommends that adults and children keep their sugar intake to less than 10% of their total energy intake. In addition, the American Heart Association (AHA) recommends that men should consume no more than nine teaspoons of sugar per day while women should consume no more than eight teaspoons.

You can consult a nutritionist to understand how much sucrose you should consume daily.

Sucrose is an essential carbohydrate used by our bodies for energy.

Sucrose does not cause any negative impacts on the body by conducting electrical currents. However, consuming too much sucrose can negatively affect overall health. You can minimize these risks while maximizing the benefits of sucrose by monitoring your sugar consumption.