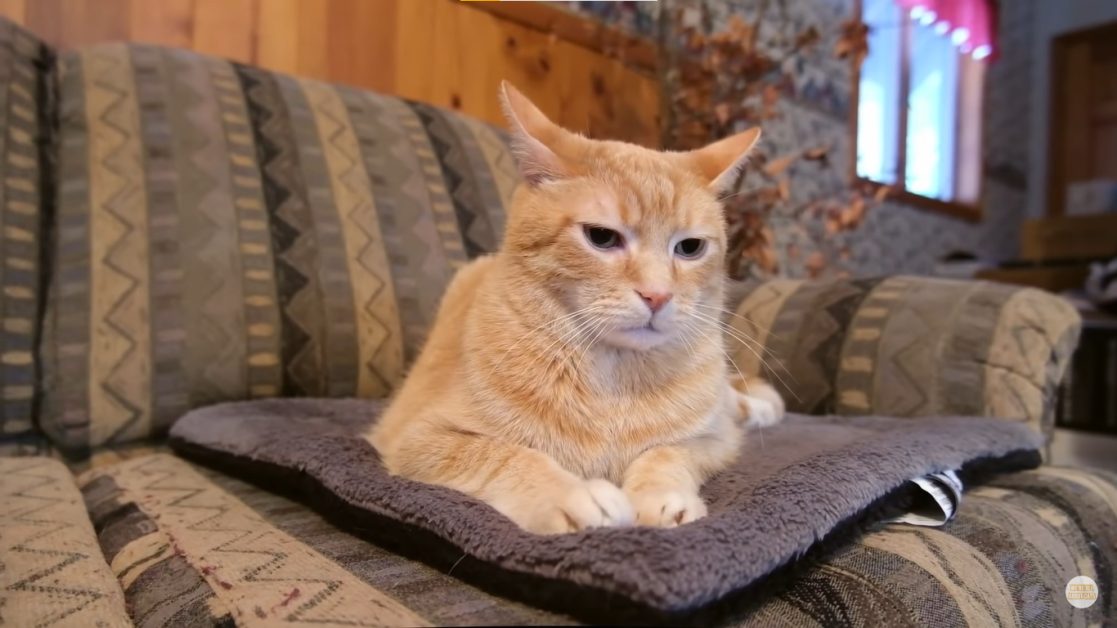 Many cat owners accidentally experience a static shock when petting their cats.

Static electricity does not cause significant harm to cats. The jolt or tingle from touching static electricity-charged fur will only, at most, causes mild discomfort. However, cats generally experience different levels of discomfort. Some cats may not react to the static shock, while others may jump in surprise.

Find out how static electricity affects your cats and how to prevent it from happening by reading below.

What is Static Electricity?

Static electricity is a type of electric charge usually created through friction.

Static electricity remains on the material’s surface until it comes in contact with another material.

You’ll typically feel a tingle or jolt when you discharge built-up static electrical charge by touching other objects. This tingle or jolt is caused by the movement of electrons from your body to the object. Sometimes it is possible to see sparks when touching objects if there is a large build-up of static electrical charge. However, these only cause small discomfort and will not cause significant harm to you.

How Cats Get Exposed to Static Electricity

But don’t worry! Petting and grooming your cat aren’t enough to cause significant static electricity build-up.

The amount of moisture in the air affects materials’ conductivity and tendency to hold static charges. Drier or low-humidity environments tend to see higher rates of static electricity build-up. Air moisture is a natural conductor that removes static electric charges from surfaces.

Cats are more exposed to static electricity during winter.

Indoor heating equipment is used to keep houses warm during winter. This reduces the amount of moisture present inside the house. It is common to accidentally shock cats with static during the peak winter or other similar cold climates.

Effect of Static Electricity on Cats

Cats will experience a discomforting jolt or tingle when you pet them while their fur is charged with static electricity.

The discomfort from static shocks will not significantly affect the cat. However, the reaction produced by static shock may vary per cat. Some cats will not even feel discomfort and continue playing with their owners. Other cats can get spooked and run away.

While the answer to does static electricity hurts cats is no, consider that cats may experience a different degree of discomfort.

The discomfort cats feel depends on the amount of static electricity built up on their fur. It is possible to see a spark or sudden light when the cat comes into contact with other surfaces. Rest assured that this will never bring any significant harm to your cat.

Getting Rid of Static Electricity on Cat’s Fur

Water is the easiest way to get rid of static electricity on a cat’s fur.

Water and electricity may sound like a bad combination but in reality, water molecules reduce built-up static electricity. Simply mist or lightly dip your fingers into water and gently pet your cat. This will discharge the static electricity and prevent static shock.

Use brushes made of anti-static electricity material for your cats.

Static electricity usually goes unnoticed until you and your cat accidentally get shocked.

Humidifiers emit water vapor into the air and increase the room’s moisture level. Moisture prevents static electricity from building up on the surface of materials. The optimum humidity level to significantly reduce static electricity is around 30% to 40%. You can monitor the humidity level using readily available hygrometers from hardware stores.

Invest in a good humidifier if you live in cold climates.

Cold mist humidifiers are the best choice for cats. This humidifier uses fans to evaporate the water and produce cool water vapor. If you experience cold climates, then a warm mist humidifier is a great alternative. However, keep in mind that hot water vapor temperatures may cause discomfort and even cause scalding to cats.

Cats with dry fur are more likely to experience static electricity build-up than those with maintained coats.

Lack of moisture allows static electricity to build up on surfaces. This concept also applies to surfaces like car fur. Moisturized cat fur is covered with a water-content layer. This layer discharges any static electricity.

Some sprays and wipes have specialized formulas that balance pH and contain coat-nourishing moisturizers. These keep your cat’s fur soft and healthy and remove static electricity from its surface.

Use Cat Beds Made of Natural Fibers

Natural fibers like cotton and leather absorb moisture from the air and the user’s body. This increases the number of water molecules inside and outside the fiber. This prevents static electricity from building up on the cat’s fur when they rub against the bed.

Avoid choosing cat bets made from fabrics that cause static electricity.

Synthetic materials retain a higher amount of static electric charges. This is because it has low water molecules inside and outside the fibers. Avoid materials like polyester, rayon, and microfibers to reduce static electricity cats.