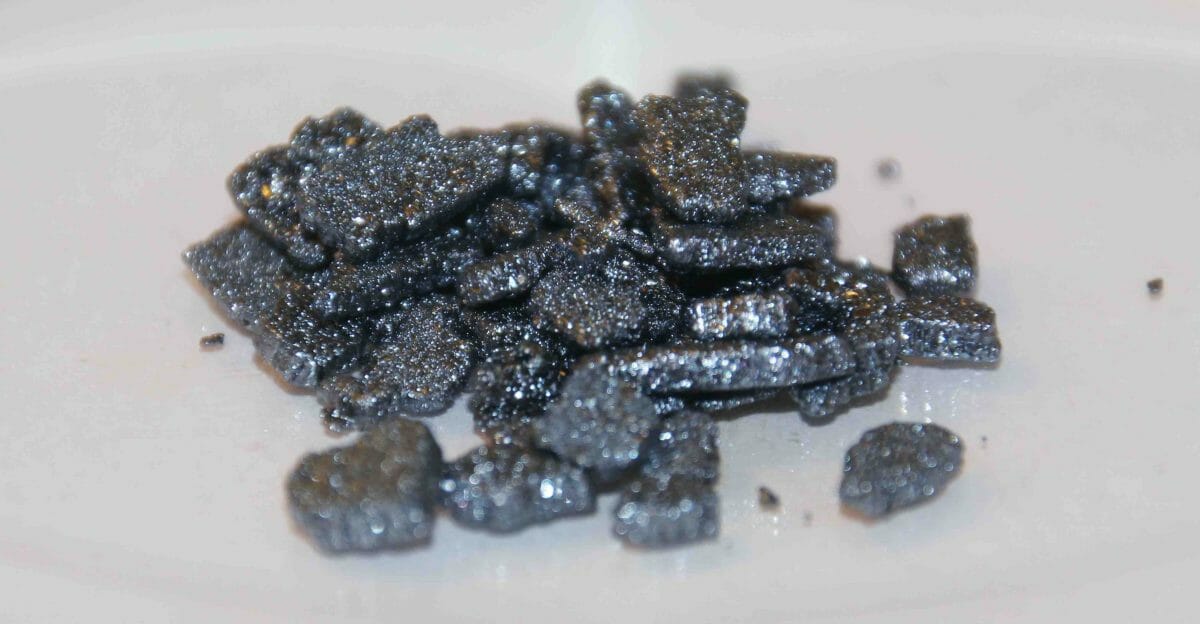 Iodine is a mineral that’s essential for human health. But does it also have electrical properties? Learn more about this fascinating topic in this post.

Iodine is black, shiny, crystalline solid at room temperature and pressure. It shares a spot on the periodic table’s right side and the other halogens. Iodine is used in many different things, like salts, inks, catalysts, chemicals for taking pictures, and LCDs.

Iodine isn’t a good conductor of electricity because covalent bonds hold its electrons firmly (the bonds between two atoms of iodine make up an iodine molecule, I2). Iodine has the least amount of electronegativity of all the halogens.

Iodine is a chemical element that is considered to be a nonmetal, which is found primarily in other areas of the world, including oceans.

This article will teach you the different aspects of iodine and whether or not it conducts electricity.

Why is Iodine a Bad Conductor of Electricity?

Iodine doesn’t conduct electricity because each molecule comprises two atoms of iodine held together by a covalent bond that can’t be excited enough to move electrical energy.

How Does the Conductivity of Iodine Change Between Solid and Liquid?

Its conductivity, however, doesn’t change much between solid and liquid. Even though iodine is not a good conductor, adding it to other materials makes them better conductors. Iodine monochloride is a powerful way to make carbon nanotube wires conduct electricity better.

What Kind of Charge Does Iodine Have in Water?

Iodide is the ion form of iodine. It has a negative charge as a halogen. I- (an electrolyte or ion) in water would make water that is otherwise pure conduct electricity.

Which is the Best Type of Insulator for Iodine?

If you could get iodine in liquid form, it’d be covalent. Covalent compounds are also the best insulators, so they would not let electricity through (which happens when ions move).

What are The Properties of Iodine?

At room temperature, elemental Iodine is a solid that is black, shiny, and has layers. In nature, it can sometimes be found as a rock or mineral, but most of the time, it is in the form of iodide, an anion (I–). Small amounts are a little dangerous, but large amounts are hazardous. In its elemental form, Iodine makes skin sores, and iodine gas (I2) irritates the eyes.

Even though Iodine may not be as reactive as fluorine, chlorine, or bromine, it still forms compounds with many other elements and is considered corrosive. Iodine is a solid that is not a metal but has some metallic qualities (mainly its lustrous or shiny appearance). Iodine is an insulator, like many nonmetals, so it doesn’t conduct heat or electricity very well.

As you can see, iodine is a bad conductor of electricity. Because of this, it is used in many situations as a part of a non-electrical conductor. When looking for a non-conductive material for a situation, you want to ensure it will not interfere with the electricity.