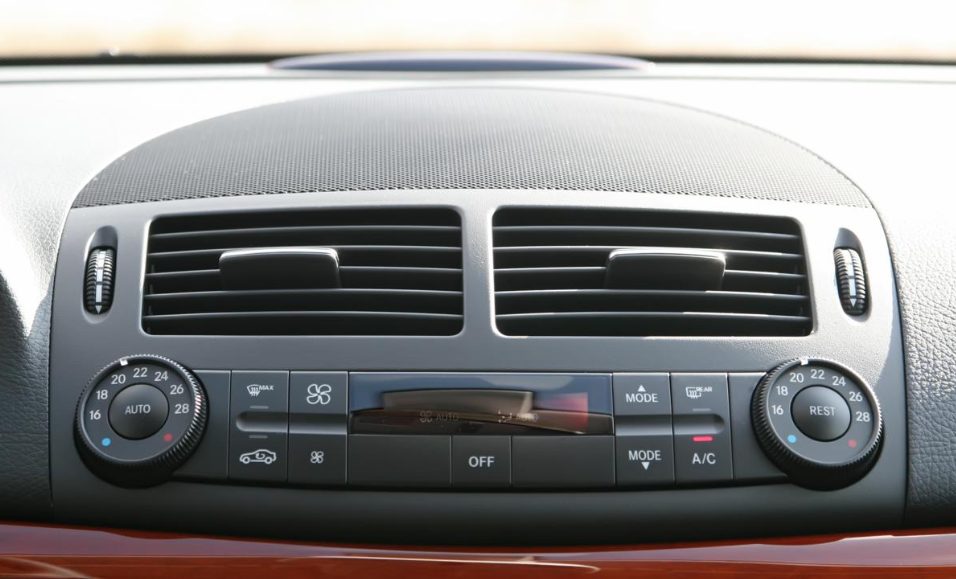 Are you wondering whether your car’s AC uses gas or electricity?

There are two power sources in your (gas-powered) car: gas and electricity; some people may be confused when driving their cars if they use gas or a battery.

This article clears this confusion up for you and gives some relevant information on the main components of a car AC.

The engine drives the AC compressor in cars by turning a wheel which subsequently turns a belt. So when your AC is on, the compressor slows down your engine by putting more pressure on the engine to generate the same power requiring more gas to keep the same speed. The more load on your electrical system, the more the alternator has to run, and the more it slows down. Your engine then requires more gas.

How Car ACs and Electronics Work

The AC works with the following components:

Why are so Many People Confused as to Gas or Electricity Use?

A common misconception is that since the alternator powers the AC, the car uses no gas from this process. It uses mostly electricity that is already there from running the engine. It’s clear how people can think that, but excess energy cannot be created from thin air; cars are extremely efficient and conserve any energy, so almost no excess that the alternator creates goes directly to the battery, and if the battery is full, the alternator works less.

This “slight amount” is not very large. Below we’ll cover more detail on the exact values.

How Much Gas Does Running Your AC Consume?

Using your car’s AC will consume more gas because it runs on gas, making it less available for the car itself to run. How much it will consume depends on the quality of the AC and alternator and the car engine’s efficiency in consuming gas.

As a rough figure, you can expect it to consume around 5% more per mile, typically more than the car’s heating system would consume. In hot weather, it is used more and will consume more. It will also reduce the fuel economy, which will be especially noticeable during short trips.

Will Turning Off the Car AC Save You Gas?

Yes, it would, because the AC will not consume gas while it is turned off, but the saving will only be a little, perhaps not enough, to make a significant difference. If you aim to reduce fuel economy, it will be reduced if you drive with open car windows. You may notice the car will also run faster, more easily, with the AC turned off.

How Can I Save Gas when Using My Car’s AC?

When using your car’s AC, you can save gas by keeping the windows closed while the AC is in use and avoiding using it while traveling at a slow speed. To save gas, you should use it sparingly, but this defeats its purpose of keeping you cool when it is hot. It works more efficiently when you use it while driving fast.

Can a Car’s AC Work without Gas?

Yes, it can, but only for a short period depending on how much oil remains in the compressor. It cannot continue operating for long without a refrigerant.

If a Car’s Ac Uses Gas, How Do ACs Work in Electric Cars, and How Do They Compare?

To reiterate, a gas-powered car AC is operated by the alternator, powered by the engine, and consumes gas (also referred to as petrol).

Since there is no gas engine or alternator in an electric car, an electric-powered car AC is operated by the car’s motor instead and consumes electricity. It operates similarly to a refrigerator to provide cool air.

However, a gas-powered car AC can only be fitted if the car is compatible with it.