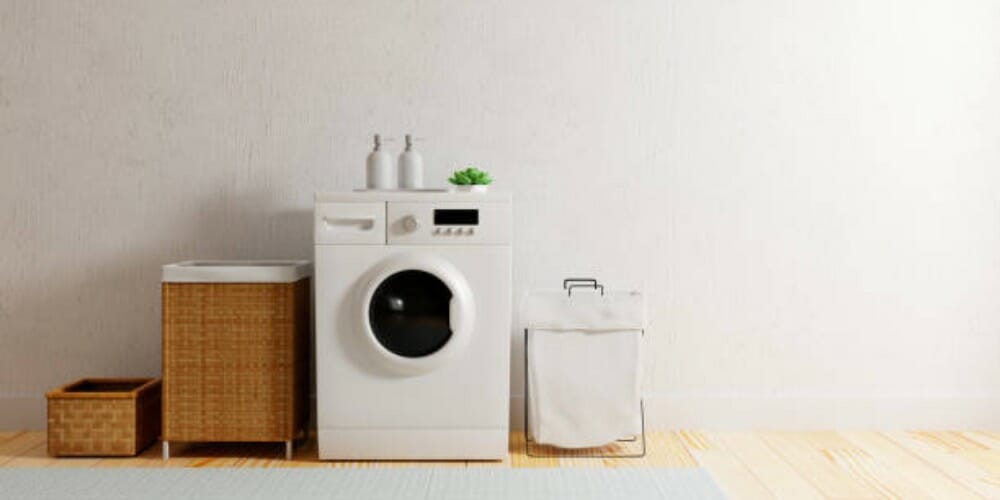 A washing machine can use an existing circuit, but there are a few considerations to take into account before making that decision.

Washing machines have powerful motors that need a certain amount of power to function correctly. Many appliances usually use a 220-volt powering system and need a specific type of circuit to prevent overloading and damage to the building’s electrical system.

Why Does a Washing Machine Need a Dedicated Circuit?

Circuits that are designed to tolerate a single appliance are called dedicated circuits.

You can find such systems in laundry rooms and kitchens. It is common for dedicated circuits to be installed, among others, for fridges, washing machines, dryers, stoves, etc. They consist of separate circuits that distribute electricity to the devices listed above equal to the rest of the circuit.

Washing machines that can use up to 2200 watts and most laundry room devices (i.e., dryers) use up to 10 to 15 amps in a 15- or 20- amp circuit. That makes a dedicated circuit necessary for the electrical system’s overloading prevention.

Generally, most appliances that use 1000 watts or higher need a dedicated circuit. It also depends on the amount of time a device will be operating.

What Kind of Outlet Does a Washing Machine Need?

Heavy equipment such as washing machines come with specific requirements to operate safely.

Since they can use up to 2200 watts in a 15- or 20- amp circuit, it is rational to use a 220-volt outlet. The outlet should connect to a dedicated circuit. The plug should consist of three prongs. The two prongs are to receive and send away the electrical current and urge the device to operate. The third prong (i.e., the rounded one) helps with the grounding of the washing machine. The grounding prevents the machine from blowing up in case of an electricity shortage.

Thus, the washing machine should connect to a 220-volt, dedicated outlet with three prongs.

A Ground Fault Circuit Interrupter (GFCI) receptacle outlet is a device that prevents people from shocks that derive from the electrical system’s faults.

Their function includes shutting the circuit in case of an imbalance between its conductors. They are often installed in rooms with high moisture levels and generally water existence. Such places are laundry rooms.

However, the National Electrical Code doesn’t specify devices requiring a Ground Fault Circuit Interrupter receptacle outlet. Nevertheless, it is wise to add one when you renovate the laundry room.

Washing machines can easily overload your electrical system and trip the breaker due to the large amperage that they use.

You can install a dedicated circuit for the washing machine to prevent such a case. You can also add a Ground Fault Circuit Interrupter receptacle to ensure that you won’t receive any shocks when there is an electrical shortage.

The National Electric Code recommends dedicated circuits and GFCI outlets to amplify security in rooms with high chances of contact between the electrical system and water, such as the laundry room.