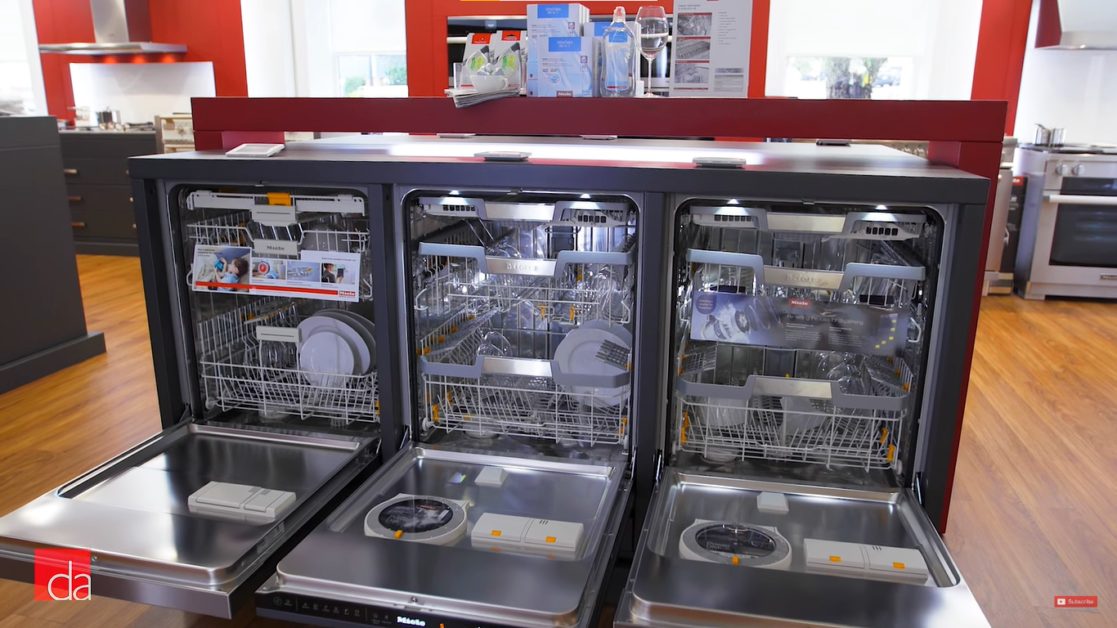 Dishwashers don’t necessarily need a dedicated circuit to work. They can be connected to any outlet, provided there are no other appliances connected to the same outlet. Remember that the National Electrical Code requires dishwashers to be connected to circuits with a dedicated breaker. This is to keep the household safe in case any abnormalities with the electrical current occur.

Learn more about whether your dishwasher needs a dedicated circuit by reading below.

At the bare minimum, a dishwasher should have its circuit with no other appliances connected to the same outlet or circuit.

Dishwashers are powerful devices that typically require 115 to 120 volts, with the amount of electricity consumed differing based on the model and wash cycle run. You can expect dishwashers to use a lot of power, so placing them on dedicated circuits makes them safer.

Dedicated circuits should have the following parameters: 120 to 125 volts and 15 amp circuits. This is the minimum needed for the dishwasher’s circuit to be safe as per the Electrical Code. Not following this may mean that your house will fail future safety inspections. Fortunately, most properties come equipped with at least seven dedicated circuits that you can divide between all household appliances.

Technically, you could connect the dishwasher to an outlet and still have it function as intended.

Outlets must be dedicated, grounded, and connected to an appropriate breaker to be considered suitable for a dishwasher. If those requirements are met, you can plug the dishwasher in without needing special devices or receptacles. However, you should reconsider if your dishwasher is not pre-installed with a wall plug.

Another electrical requirement for dishwashers is it needs to be GFCI-protected.

GFCI refers to Ground Fault Circuit Interrupters installed in locations where electrical circuits may contact liquids like water. These devices are installed in the electrical system or built into the dishwasher’s power cord. They are made to protect the user from severe electrical shocks by breaking the circuit when it detects any imbalances in the current flow.

According to the National Electrical Code, adding GFCI outlets are necessary when installing a dishwasher. This protects the user in case any water leakage occurs while the dishwasher is connected to a circuit or outlet. It also prevents further circuit damage by immediately breaking the current connection.

Using a Dedicated Circuit vs. Using an Outlet

A dedicated circuit for dishwashers is generally recommended because it has its own circuit breaker.

These act as a fail-safe in case your dishwasher malfunctions or short circuits. The dedicated circuit breaker will automatically trip itself and shut off any incoming current. This protection also goes both ways, preventing excessive current from reaching other connected circuits. If the amp breaker does trip, you must manually access your breaker box to reset the trip and restore the current flow.

I discussed how you could technically power your dishwasher using a nearby outlet. Still, the circumstances where this is possible can be tricky.

You can connect dishwashers to a 110-volt outlet, provided it is connected to a dedicated and grounded breaker. The 110-volt output is well within the amp-volt requirement of a typical household dishwasher, allowing you to use it without additional devices or receptacles.

The outlet should only supply electricity to the dishwasher. It would be best not to connect other appliances like refrigerators and microwaves.

While it’s tempting to add a ceiling fan or other appliances in the mix when an outlet is available, we strongly advise against doing so. Dishwashers already have high electrical requirements; adding other appliances may overload the outlet and cause the corresponding amp circuit breaker to trip. It’s better to let the dishwasher run by itself to keep the current flow constant and stable.

What are Dedicated Circuits

We’ve been talking non-stop about dedicated circuits, but how exactly are they different from the usual electrical outlet?

Dedicated circuits have their own circuit breakers and are meant to supply electricity to only one outlet. It may sound inefficient for a single circuit to only power one device simultaneously. Still, dedicated circuits play a crucial role in keeping households safe. These circuits can supply more current without overloading the rest of the household’s electrical systems, making them the perfect choice for energy-intensive appliances.

A dedicated circuit breaker is the first thing you’ll need to look for when adding electrical circuits.

These breakers are designed to trip when it detects any abnormalities in the circuit’s current flow. Some examples of abnormalities are too much or too little electrical current. The breaker will trip and shut off all current flow. This protects both the circuit and the device from short-circuiting and overloading.

Dedicated circuits can’t be used as regular outlets. Not in the sense where you’re making multiple connections between small appliance branch circuits within a single outlet. Instead, dedicated circuits should only be used to power energy-intensive devices.

Does Your Home Have a Dedicated Circuit?

Adding new dedicated circuits is costly, so find out if you have one available before adding new electrical circuits to the household.

The first thing you should do is open up your breaker box. Each amp breaker within the box connects to a single circuit. Dedicated circuits are those connected to only one outlet and are used to power one device. Luckily, most properties have markings or labels on the dedicated circuits to differentiate them. Also, they can be identified by looking at the switches of the breakers and looking for the 20 amp one.