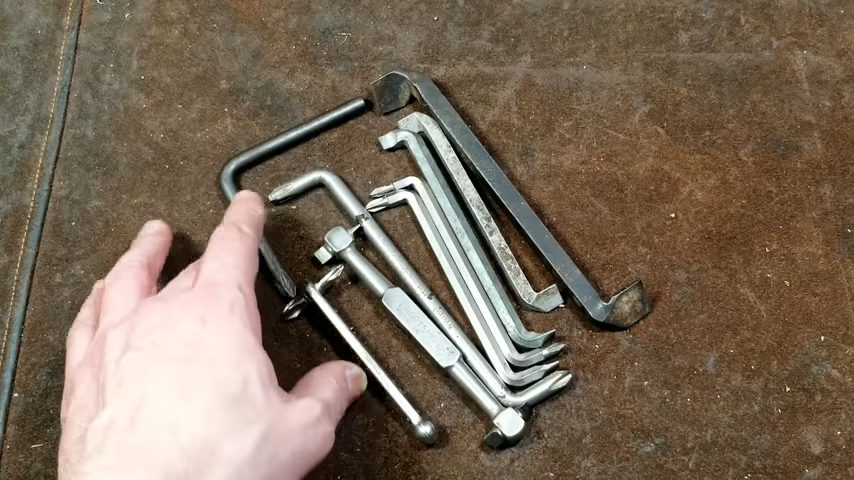 As a contractor, I do most home repairs with a drill. Can you, however, use a screwdriver instead of a drill?

In General, Yes, you can use a screwdriver instead of a drill when working with a material where the finish is critical; a drill may strip the screw, slip or drive a screw too deeply, cracking or warping the material’s surface.

Reasons You Should Use a Regular Screwdriver Instead of a Drill

If you can put in a screw with a drill and a screwdriver bit, you should do so most of the time, but there are times when you would want to use a screwdriver on its own:

There are various screwdriver types, below is an image of some in the shape of a traditional Allen wrench.

Screwdrivers are made to operate at much lower RPMs, making them far more controllable.

They also have significantly more torque than an electric drill.  I’ve often driven screws into the wood without predrilling using the screwdriver’s high torque.

Torque limiters on good screwdrivers allow you to set a maximum torque. Set the cut-off where you want it. Then, when the screw is completely driven, the limiter kicks in instead of snapping the head off the screw.

When Can You Drill a Screw with a Manual Screwdriver Rather Than a Drill or Driver?

When you have the strength to turn it and a screwdriver with a fully intact blade to do the job.

There are a few more situations where a manual screwdriver would be preferable to a drill.

Suppose the screw head has a regular slot. If you use a drill, the bit will most likely skip in and out of the screw head whenever it encounters resistance. You need the dexterity and deft touch that only a human-powered screwdriver can provide, or else you’ll strip the screw head.